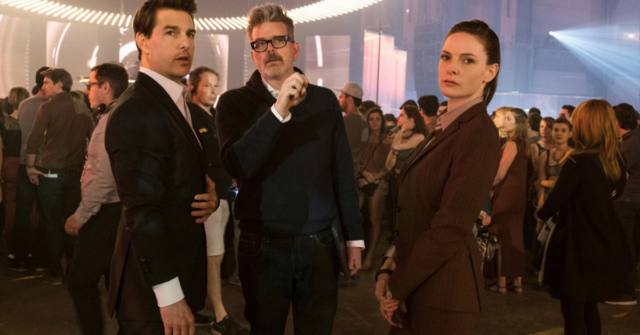 Christopher McQuarrie fucking owns, my dudes. Not only did he direct two of the best action movies in recent memory (that would be the last two Mission: Impossible movies), but he also made Jack Reacher fun. So, the fact that Tom Cruise has brought in the dude for Top Gun 2 rewrites? The movie is in good, good hands.

Fresh off the massive critical and commercial success of Mission: Impossible – Fallout, Christopher McQuarrie is feeling the need to reunite with his star and longtime collaborator Tom Cruise once again. The filmmaker has been tapped to rewrite the Top Gun 2 script, which will make it McQuarrie and Cruise’s tenth film together.

Cruise revealed in an interview alongside McQuarrie for the upcoming issue of Empire that the two are working together on Top Gun: Maverick. Sources confirmed to the outlet that McQuarrie is reworking portions of the script, as most of the screenplay, penned by Peter Craig (12 Strong), Justin Marks (Counterpoint), and Eric Warren Singer (American Hustle), has already been completed.

This will make it McQuarrie and Cruise’s tenth collaboration together, after McQuarrie recently directed Cruise in Fallout. Since the duo first worked together on Valykrie, McQuarrie became Cruise’s go-to screenwriter for films like The Tourist (from which Cruise later dropped out) and when Cruise needed rewrites in a pinch for Edge of Tomorrow and The Mummy. McQuarrie would graduate to directing Cruise in Jack Reacher and Mission Impossible – Rogue Nation as well as, of course, Fallout.

McQuarrie’s enlistment to rewrite the script doesn’t bode ill for the film — after all, this same scenario happened with Edge of Tomorrow, which became a modern sci-fi masterpiece. Even with all of the writers attached, McQuarrie and Cruise together have proven to be an impressive team.