Archives
« ‘Maniac’ Teaser: Emma Stone and Jonah Hill got a Multiversal Connection in Fukunaga’s limited series
‘Captain Marvel’ Trailer: So, You’re Not From Around Here »

Jon Hamm flat out says he would be Batman, so what the fuck WB waiting for? 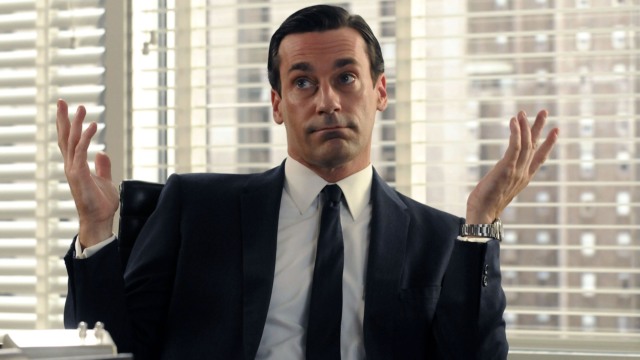 The DC Cinematic Universe is a fucking dumpster fire these days. It has been for a while, actually. Raging endlessly, with each month bringing its own crisis. However, you know what would be a step in the right direction? Casting Jon Hamm as fucking Batman. It’s been rumored dude wants to be Batman. Now, he’s fucking confirmed he would take the role. So like, let’s go.

Jon Hamm has thrown his hat into the ring as a possible replacement for Ben Affleck as Batman in the DC Extended Universe.

The former Mad Men star spoke to US sports reporter Graham Bensinger on Wednesday (September 12), with the conversation quickly shifting from a discussion of Hamm’s athleticism to the possibility of him portraying Batman.

“I’d probably fit the suit,” said Hamm. “I’d have to work out a lot, which I don’t love. But, I am sure there’s an interesting version of that being out there. And if they wanted to tap me on the shoulder and ask me to do it, why not?”

Hamm revealed that he is a committed comic book fan, telling Bensinger: “I’ve read comic books since I was 9 or younger. And I’m pretty knowledgeable about a lot of them. And I like the genre, and I like when they’re done well.”