‘RoboCop’ being rebooted by Neill Blomkamp and the original writers. I can fuck with this! 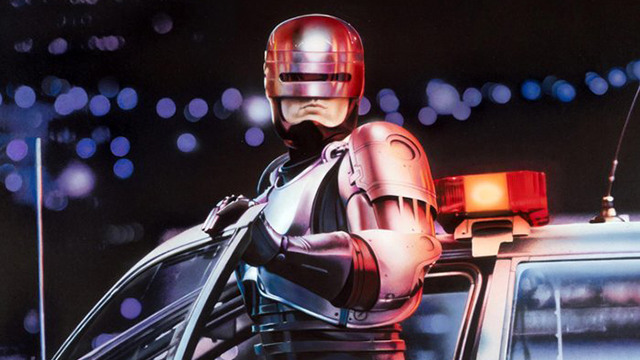 RoboCop being rebooted? Ehh. But wait, it’s being directed by Neill Blomkamp? Hmm. And better yet, the original writers are involved? Well, sign me the fuck up!

RoboCop — the cyborg law man who cannot be killed by humans, the law, or Hollywood, apparently — is back. Today, Deadline reported that MGM is producing a new installment of the franchise, a reboot of the planned sequel written by the 1987 picture’s original writers, which never made it to theaters because of a writer’s strike the year after RoboCop’s premiere, and because Paul Verhoeven, who directed the original film, thought directing a sequel would be “déclassé.” The script languished for years, until the run-up to the 2016 election. The president of MGM, Jonathan Glickman, called up Ed Neumeier and Michael Miner, the two writers of 1987’s RoboCop. “He called me and said, ‘Did you actually predict in your sequel script that a reality star would run for president and win?’ We had,” Neumeier told Deadline. “So Mike and I wrote a draft and gave one interview in Barbados and I think the only person who read it was Neill Blomkamp, and that set this in motion.” Now Neumeier has a producer credit and Miner is an executive producer.

Fans would be forgiven for being confused by news of a new RoboCop reboot, considering that the studio already rebooted Verhoeven’s original sci-fi flick four years ago with Brazilian director José Padilha; that remake featured Joel Kinnaman (House of Cards, Altered Carbon) as Alex Murphy, the human copper remade with a cybernetic body, and Michael K. Williams (The Wire, Inherent Vice) as Jack Lewis, Murphy’s partner. The 2014 film debuted to mixed reviews from critics, with The New York Times’ Manohla Dargis saying it best: “Every generation, apparently,” she wrote, “gets the RoboCop it deserves, or perhaps desires.”

Neill Blomkamp — whose most recent features were 2013’s Elysium and 2015’s Chappie, and who has been working on films for his independent studio in the meantime — told Deadline he was excited to helm a RoboCop reboot, because he was so impressed by the original as a kid. “At first, the consumerism, materialism, and Reaganomics, that ‘80s theme of America on steroids, came through most strongly,” he said to Deadline. “But as I’ve gotten older, the part that really resonated with me is identity, and the search for identity.” At the end of every RoboCop film, Murphy remembers his humanity; it seems like Blomkamp is well on his way to making the mecha-cop human again.