Archives
« Billy Dee Williams officially returning as Lando Calrissian in ‘Episode IX’ and the new trilogy just got so damn smooth
‘RoboCop’ being rebooted by Neill Blomkamp and the original writers. I can fuck with this! » 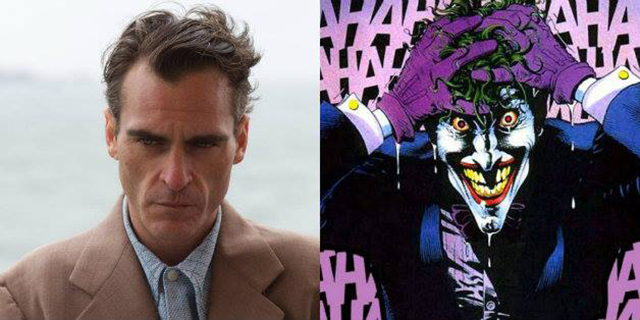 Maybe this movie will be fucking awesome. Maybe it won’t be. But, I ain’t giving DC the benefit of the doubt until they string together two movies that don’t huff fucking sun-baked bowls of diarrhea.

According to The Hollywood Reporter, Phoenix’s role in the film is a done deal. Production is expected to begin in New York in September, which means the movie could release as soon as late 2019. Todd Phillips — who co-wrote the script with Scott Silver — is set to direct the film, which is described as a crime drama. With a budget in the $55 million range, the project is an “exploration of a man disregarded by society [that] is not only a gritty character study, but also a broader cautionary tale.”

This movie is merely one of several films featuring the Clown Prince of Crime that Warner Bros. currently has in the works. In addition to this Elseworlds-style origin film, the Jared Leto iteration of the character will appear in the Harley Quinn solo film, Birds of Prey, Suicide Squad 2, the Joker and Harley Quinn film and yet another solo project, which Leto will not only star in but also produce.

Reports of Phillips’ Joker origin film first surfaced in August 2017, when it was described as “a gritty and grounded hard-boiled crime film” set in early-1980s Gotham City. Produced by Scorsese, and written by Phillips and Scott Silver (8 Mile), the project is rumored to dramatically change The Joker’s backstory, making him a failed comedian.