Archives
« John Cena wants a ‘Fast and Furious’ movie with Dwayne Johnson and nothing could be more perfect
‘Avengers 4’ title should scare Marvel fans, says Russo Brothers. We get it, Thanos wins » 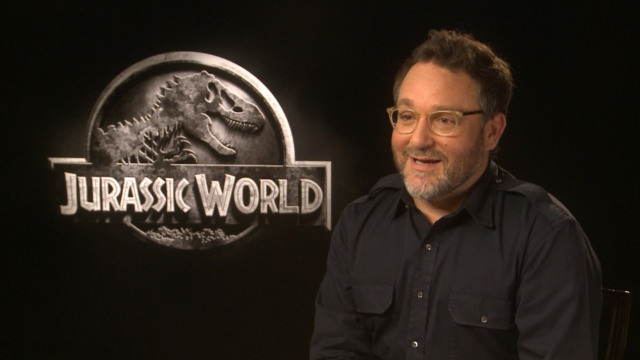 While Trevorrow isn’t helming the second Jurassic World film, he never really left the franchise. Fallen Kingdom uses a script he wrote with frequent collaborator Derek Connolly. Connolly won’t be handling screenwriting duties with Trevorrow for Jurassic World 3, however. As previously reported, Emily Carmichael, who co-wrote Pacific Rim Uprising, will collaborate with Trevorrow for the Jurassic World 3 script. “Emily Carmichael is the next great writer-director of the kind of movies I love,” Trevorrow said in the past. “Her ability to find warmth and humanity in genre storytelling is a superpower in itself.” Trevorrow also added:

“It’s important to this franchise that we welcome new creative voices to keep our storytelling fresh and alive. I’m thrilled with the tension and beauty J.A. has brought to ‘Fallen Kingdom, and I know Emily will add another layer of emotion to the concluding chapter of our trilogy.”

Few people have laid eyes on Jurassic World: Fallen Kingdom yet, so it’s almost impossible to guess what will happen in Jurassic World 3. My guess is it will involve dinosaurs in some capacity, but I could be wrong. Stars Chris Pratt and Bryce Dallas Howard are both expected to return.