Archives
« ‘Starcraft: Remastered’ dropping on August 14, get ready to have your free time zerged
‘The Batman’ News: Warner Bros. is “really excited” by Matt Reeves’ idea for the movie »

‘Mass Effect: Andromeda’ will not get single-player DLC, which surprises no one 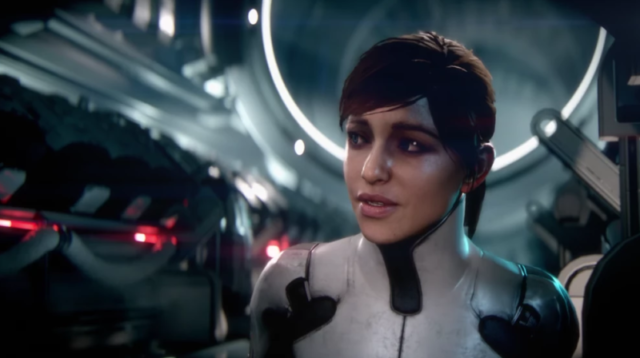 Mass Effect: Andromeda is a broken ass, piece of shit game, which no one cares about anymore, that was made by a studio which no longer exists. Thus, the news that it won’t be getting single-player DLC  shouldn’t surprise anyone.

This will be a drastic departure for the long-running sci-fi series. All three Mass Effect games received single-player content after launch, with expansions like Mass Effect 2‘s Lair of the Shadow Broker and Mass Effect 3‘s Citadel earning praise for their stories and character development. Fans had expected a similar approach for Mass Effect: Andromeda, but mediocre reviews and animation memes have steered the series in an unfortunate new direction.

In April, as we reported, BioWare scaled down its Montreal studio, whose staff had developed Mass Effect: Andromeda with help from BioWare’s other studios in Edmonton and Austin. The chilly reception to Andromeda led the company to transfer BioWare Montreal’s employees to other projects, including Star Wars Battlefront II, Anthem, and the next Dragon Age. Although a small team remains in place to work on Mass Effect: Andromeda’s multiplayer and patch support (which isn’t done yet), most of BioWare Montreal has moved on.

While reporting that news, I had been pretty sure that Mass Effect: Andromedawouldn’t be getting single-player DLC. There are few people left at BioWare Montreal who could even work on it. But I wanted to be more confident, so over the past few weeks I’ve confirmed the news with three sources familiar with the company’s plans, all of whom spoke anonymously so as not to jeopardize their careers. Unless BioWare decides to make some sort of drastic pivot (plans can always change!), Mass Effect: Andromeda will not be getting single-player DLC.

It’s unclear why BioWare has not yet talked about these plans publicly—and the company did not respond to multiple requests for comment over the past two weeks—but this will no doubt come as sad news to Mass Effect fans. BioWare has traditionally released meaty, excellent downloadable content for all of its games, and Andromeda left several loose narrative threads that still need to be tied up.

Yesterday, a widely circulated Facebook post from a group claiming to be called Sinclair Networks said that it had been working on Andromeda’s DLC until BioWare cancelled it. But Sinclair Networks appears to be fraudulent. Several BioWare employees later wrote on Twitter that they had never heard of this company. “While we can’t talk about future yet, I can def say we build our own dlc/patches for our games and don’t hire fake companies to do so,” wrote producer Fernando Melo.

The future for Mass Effect, however, looks dismal.