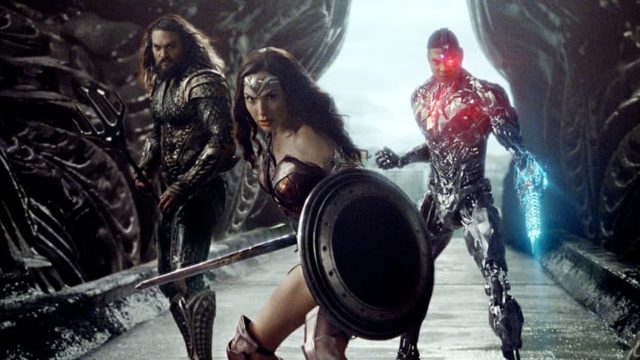 New Justice League photo! It’s got Wonder Woman, Aquaman, and Cyborg aboard a Kryptonian ship. Looking for the Super-Man, I imagine.

The still, which apparently originated with GamesRadar, offers perhaps the best look yet Aquaman’s costume and Cyborg’s robotic body. The latter, which has already drawn criticism, is likely to attract even more scrutiny.

The fan website Batman-News speculates the three heroes are aboard a Kryptonian ship, as seen in “Man of Steel,” but it’s also possible they’re on an Apokoliptian vessel, given the threat faced in “Justice League.”