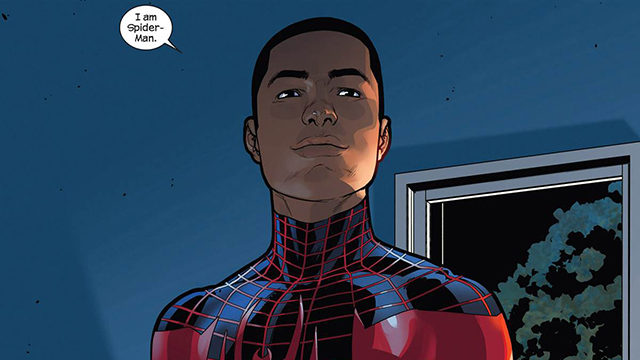 Even though Sony Pictures appears to have Spider-Man back on track thanks to their collaboration with Marvel Studios to bring the webslinger into the Marvel Cinematic Universe, the studio is still working on a completely different version of the wallcrawler.

An animated Spider-Man movie was first announced at CinemaCon back in April of 2015 with The LEGO Movie directors Phil Lord & Chris Miller producing alongside Avi Arad and Amy Pascal. The movie was originally slated for a release in the summer of 2018, but has since been pushed back to Christmas. However, we still haven’t heard how this animated Spider-Man movie will be different from the new live-action Spider-Man franchise, other than breaking new visual ground.

That changes today if a new casting call is to be believed, as it indicates that we might finally see a version of Spider-Man that fans have been clamoring for since The Amazing Spider-Man was in development a few years ago.

ComicBookMovie.com noticed a casting call at Backstage.com (which has since been removed) for a movie at Sony Pictures Animation called Cabin Fever. Though the movie is descrbed as “the adventures of two unlikely friends, Terrence and Pete,” it is believed that this is the cover for the animated Spider-Man movie. After all, we haven’t heard anything about a movie called Cabin Fever at Sony Animation, so this cover makes sense.

This suspicion seems to be further confirmed when you look at the characters details for the roles of “Terrence” and “Pete” in the casting call for talent. Terrence is described as “a young African-American/Puerto Rican teen from Brooklyn; he is new to this suburban school and now feeling out of place, overwhelmed, pressured with new responsibilities, and dealing with puberty; while trying to fit in he must do his best to stay out of trouble; along the way in developing his identity he’s losing old friends but now making a new one, Pete.”