‘Justice League’ Photo: Wonder Woman stands in the Fire and the Flame 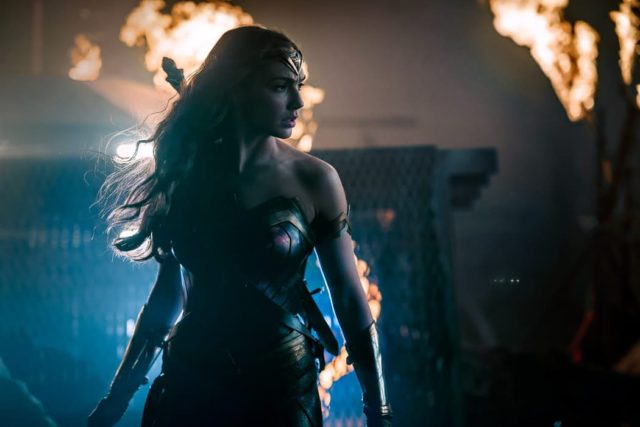 Gadot, who debuted as the Amazon princess in “Batman v Superman: Dawn of Justice,” will reprise her role in 2017, first in “Wonder Woman” and then in the ensemble “Justice League.”

An origin story, “Wonder Woman” follows Diana, who’s raised on Themyscira and trained as an unconquerable warrior. When American pilot Steve Trevor crashes on the sheltered island and tells her about World War I, Diana leaves her home to try to stop the global conflict. In “Justice League,” she joins Batman to assemble a team of superheroes to face the threat of Steppenwolf and his Parademons.