DC’s ‘Shazam!’ movie is set in the DC Film Universe. Yeah, no crap? 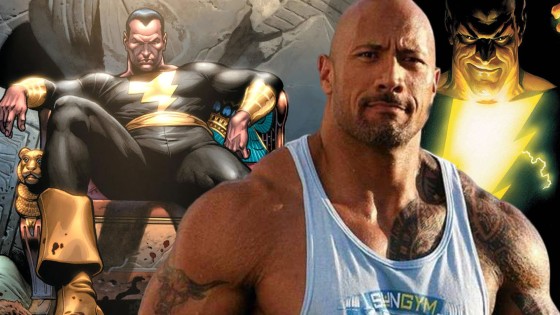 Apparently it’s news that The Rock’s Shazam! movie is going to be set in the DC Film Universe. I mean, was there speculation that it wasn’t going to be? I don’t know. It’s Friday afternoon, slow news day, here have this morsel of #nonnews, folks.

“Shazam!” producer Dany Garcia has offered an update on the status of the DC Comics-based film, clarifying that it will be set in the shared DC Film Universe. Additionally, Garcia revealed that she and star Dwayne Johnson (who will Black Adam in the film) are heavily involved creatively with the project.

Garcia confirmed to Newsweek, “‘Shazam!’ is to live in the same world [as the other films] but we have incredible autonomy over this brand and franchise. We are working with a different team, different producers, directors…it’s a different set-up.”

Garcia said the “successes or failures” of other DC Comic-based films shouldn’t impact the production of “Shazam!” “We don’t feel fettered by, or constrained by, the successes or failures and challenges of the other projects. That was a key component to our participation — that we be able to control the tone and the voice, and do it the way we want to.”

Stressing that the film is indeed connected to the greater universe of DC Films, Garcia said, “It needs to be of the world,” adding, “You’ve got Justice League, Wonder Woman with a different director, so you’re going to see different points of view. I think by the time we land with [Shazam!] we’ll fit nicely within the world that’s been created, but not such a shorthand relationship. [It’ll be] enough that people say, ‘Oh, this is within the family,’ but the culture will be a little different.”

As for the current status of the film — which is still three years away — Garcia said she and Johnson are vetting the scripts. “We’re getting [script] drafts in…it’s important to make sure we get the tone right for Black Adam, which is Dwayne’s part,” Garcia said.

“We don’t mind taking our time. We’re being very careful with each act and scene to go back and layer in as much as possible.”