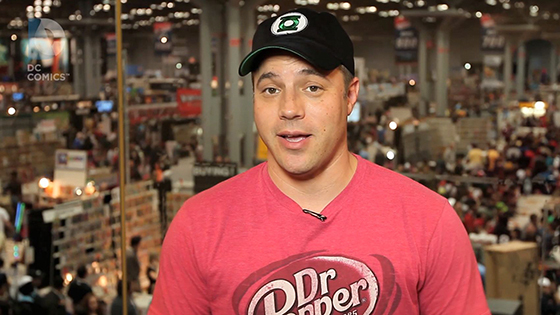 You know, I generally don’t like Geoff Johns. Find the dude hackneyed. But, that said, I really enjoyed all of the DCU’s showings this past weekend at SDCC. So, yeah, I’m going to go ahead and be excited about the news that he’s officially the President of DC Entertainment. Dude has helped them turn a corner. Hopefully.

According the The Hollywood Reporter, Johns was given the new title in May, when he was promoted to head of DC Films with Jon Berg. The promotion was reportedly a reaction to the lukewarm response of “Batman v Superman: Dawn of Justice.”

In addition to serving as DC Entertainment President & Chief Creative Officer and writing comics for the publisher, Johns contributed to the “Wonder Woman” script, and is currently writing the Ben Affleck “Batman” movie.