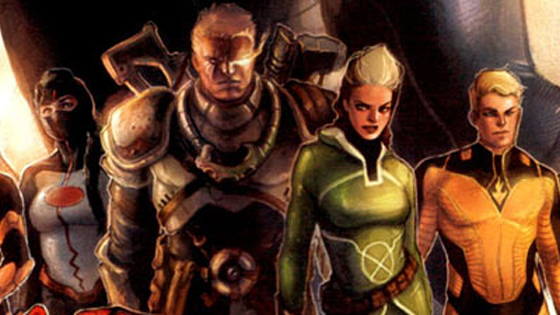 I’m, I’m pretty much done with superhero comic books. I say pretty much because if anything comes out of the box and is generally regarded as “must read” by folks I respect, I’m going to buy it. Ain’t gonna cut my fanboy nose to spite my fat fanboy face. But as far as the monthly procurement policy? Passing. This isn’t a moral stand, or even a condemnation of the titles, just a general apathy from me. This is a long way of saying that I’m not really feeling the Marvel NOW! 2.0 line-up in either way, but I hope it fucking rocks, and gets me to buy me some superhero funny books.

Ahead of its official release on Wednesday, July 13 at 12:00 AM, much of Marvel Comics’Marvel NOW! Previews Magazine has leaked online via Imgur, showcasing the future of the publisher’s line.

As touted in teasers for months, October sees major changes to the Marvel Comics line in the fallout of “Civil War II.” Alongside previously announced titles — like the teenage “Champions”team and the revival of the ever-comedic “Great Lakes Avengers” — some other notable reveals, including the hint at a Miles Morales/Spider-Gwen romance, and a tease at Nova’s classic helmet worn by Richard Rider, feature in the catalogue.