‘Preacher’ has been renewed for a second season; 13 episodes! 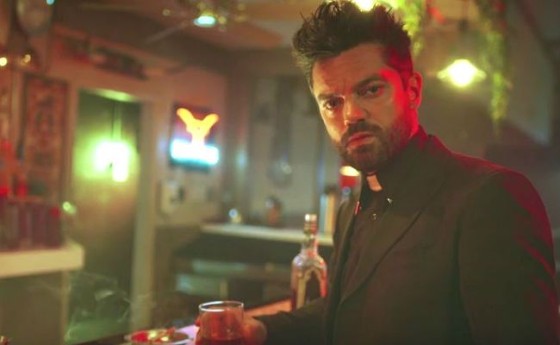 I haven’t really been watching Preacher. In my defense, I haven’t been watching much of anything. But my interactions with the show based on one of my favorite comic series of all time have been reserved when I have watched have been skeptical, and only marginally positive. I’ll watch, though! I’ll watch. And here’s hoping the show begins to find its legs, leave the fucking town already, and get weird. This season and the next.

If the unilateral praise for AMC’s Preacher weren’t enough to guarantee a second season, certainly its wealth of talent and AMC’s bare-bones slate would guarantee it a spot, right? Either way, consider Preacher Jesse Custer officially booked to spread the word of God for Season 2, and this time with a longer mass.

Variety nabbed the exclusive, though AMC now officially confirms that Preacher will be back for Season 2, coming in at a full 13 episodes to the inaugural run’s 10. The second season of the Rogen-produced, Dominic Cooper–Ruth Negga–Joseph Gilgun comic drama will debut in 2017, while AMC says of the renewal:

‘Preacher’ is a special television program and we’re eager to share with fans the rest of this wild first season and, now, an expanded second season. What Sam, Seth, Evan and the entire creative team have achieved in bringing Garth Ennis’ graphic novel to the screen is extraordinary. We look forward to more time with these unforgettable characters be it in Heaven, Hell, Texas or beyond.

AMC has yet to specify if Preacher will join a presumed lineup at Comic-Con 2016, while you can catch the remaining five Season 1 episodes beginning this Sunday.