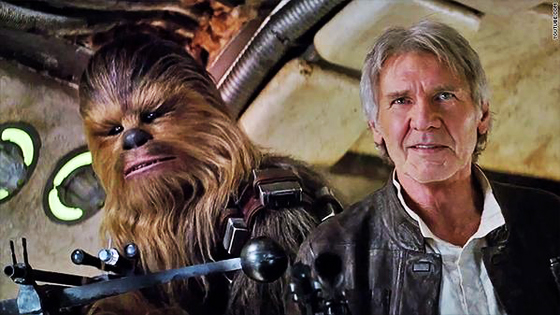 “We have other [films] in the works, including one, which is an origin story about Han Solo and Chewy,” he said. “And that’ll come after ‘Star Wars 8’ in 2018. And then there’ll possibly be more thereafter.”

While many fans assumed Chewie would factor into Han Solo’s solo film, this is the first confirmation that Han’s right-hand wookie would appear. The film is currently seeking to cast its lead. Miles Teller, Dave Franco, Logan Lerman and Ansel Elgort are said to be among the names on Lucasfilm’s shortlist. Variety previously suggested that whoever is cast in the role could make an appearance in December’s “Rogue One: A Star Wars Story,” which is set just before the event of “A New Hope.”

Written by Lawrence Kasdan and Jon Kasdan, the untitled “Han Solo” movie is scheduled to open May 25, 2018.