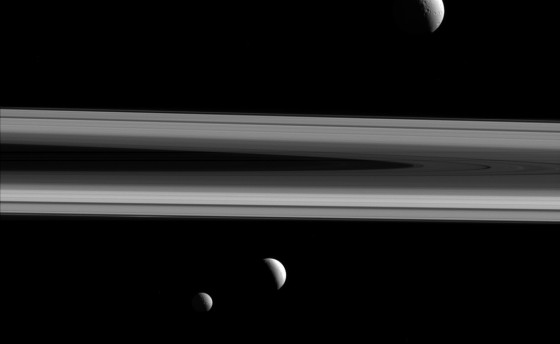 Three of Saturn’s moons — Tethys, Enceladus and Mimas — are captured in this group photo from NASA’s Cassini spacecraft.

This view looks toward the sunlit side of the rings from about 0.4 degrees above the ring plane. The image was taken in visible light with the Cassini spacecraft narrow-angle camera on Dec. 3, 2015.

For more information about the Cassini-Huygens mission visit http://saturn.jpl.nasa.gov and http://www.nasa.gov/cassini . The Cassini imaging team homepage is at http://ciclops.org .