Rumor: Captain America and Iron Man in the next ‘Spider-Man’ movie 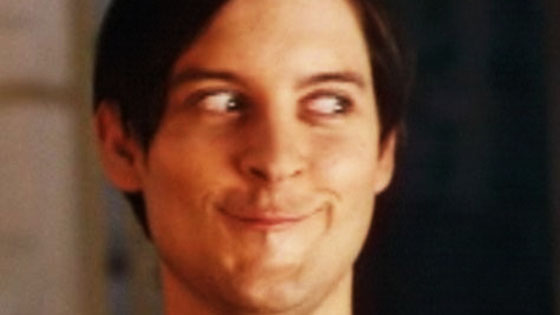 Lost in all the fapping over and critiquing of last week’s Civil War trailer was this: there wasn’t any Spider-Kid in the trailer. Which is sort of dope, ’cause it means they’re saving him. For when? Who knows! But he will be in the movie, as part of the glorious Shared Universe. And it gets better! Not only is Spidey appearing in a Cap movie, but Cap and Iron Man will also be appearing in his.

ComicBook.com pieced together this latest rumor based on various comments made by Downey, Evans, and Holland. You may recall that Downey and Evans were on Jimmy Kimmel Live last week to unveil the first Captain America: Civil War trailer. During their joint appearance, Downey and Evans good-naturedly complained about shooting Captain America: Civil War in Atlanta in July. Then Downey commented to Evans, “By the way, we are going to shoot in Atlanta again, you and I.” Evans responded, “I know, I’m ready, I’m ready.”
Downey and Evans didn’t name the movie they’d be filming together in Atlanta, but Holland has confirmed in the past that Spider-Man will shoot there. “We’re shooting in Atlanta for most of it, because they have studios there and I think it’s cheaper to build a New York set than it is to shoot here, because it’s going to be very expensive,” he told Coming Soon. “We probably will end up [in New York] for one week or two.”