Space Swoon: Enceladus is a moon divided (by different hemispheres) 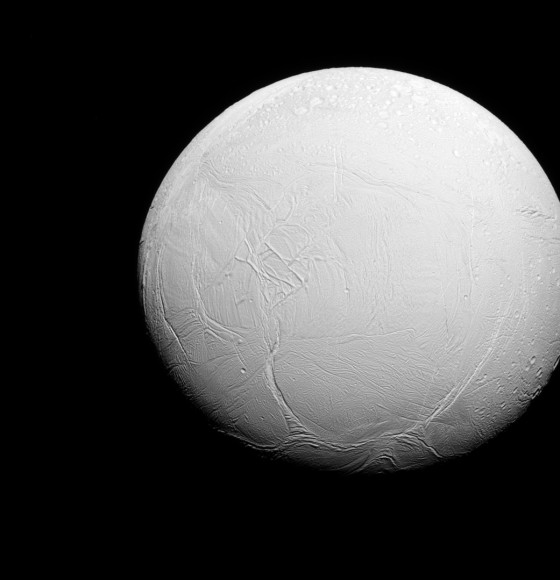 Enceladus is a world divided. To the north, the terrain is covered in impact craters, much like other icy moons. But to the south, the record of impact cratering is much more sparse, and instead the land is covered in fractures, ropy or hummocky terrain and long, linear features.

Lit terrain seen here is on the trailing side of Enceladus. North on Enceladus is up. The image was taken in visible green light with the Cassini spacecraft narrow-angle camera on July 27, 2015.

The view was obtained at a distance of approximately 70,000 miles (112,000 kilometers) from Enceladus and at a Sun-Enceladus-spacecraft, or phase, angle of 25 degrees. Image scale is 0.4 miles (0.7 kilometers) per pixel.

For more information about the Cassini-Huygens mission visit http://saturn.jpl.nasa.gov or http://www.nasa.gov/cassini . The Cassini imaging team homepage is at http://ciclops.org .