Archives
« Léa Seydoux cast in ‘Gambit’ as the female lead
Art: R2-D2 schematics. Build your own! If you can read the instructions. »

‘Fear the Walking Dead’ is the most watched cable premiere. Ever. 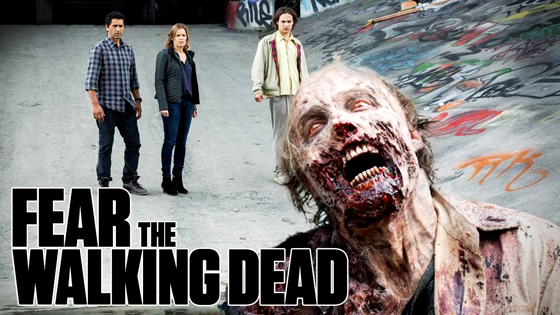 By all accounts, Fear the Walking Dead‘s premiere was ass. But that doesn’t really mean anything, if the show continues to draw in such ratings. Me? I didn’t even realize it was premiering last night, nor did I care when I found out. How about you?

Everyone had an inkling that Fear the Walking Dead would likely score a huge viewership based on the gigantic numbers The Walking Dead has been posting for years. This feral freight train already had a built-in audience on a cable TV channel that’s known to house some of the highest rated TV programs of all-time. So, just how big was the pilot episode of FTWD? Well, it’s a record: 10.1 million viewers tuned in to see a new chapter in the zombie apocalypse that Robert Kirkman created with his hit comic book series.

The 90-minute series premiere of FTWD not only scored the biggest audience of all-time for a series opener, but it scored No. 1 in every key demographic including the coveted 18-49 adults area. AMC now boasts itself as the home to three of the five top cable TV series premieres of all-time in the 18-49 adults demo, with FTWD at No. 1, Better Call Saul at No. 2, and The Walking Dead at No. 5. This is a huge accomplishment for the cable channel, and Charlie Collier — president of AMC — issued a press release touting the success of the premiere:

“Thank you and congratulations to Robert Kirkman, Dave Erickson, the brilliant executive producers and the entire cast and crew of ‘Fear the Walking Dead.’ It is increasingly difficult to evaluate a show’s success on night one. However, we are releasing these live/same day ratings because ‘Fear the Walking Dead’ delivered record-breaking numbers that are all the more special in this era of time-shifted viewing and audience fragmentation.”