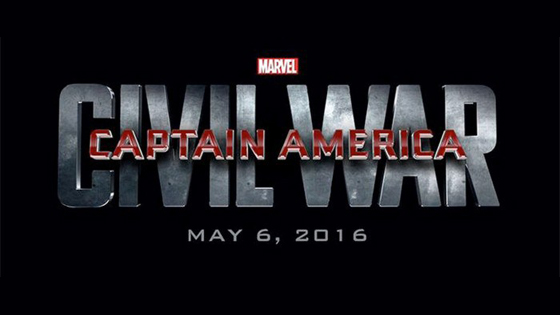 I came across this yesterday and, you know, didn’t get around to posting about it. Truth be told — I have high hopes for Civil War. Namely, because I’m beyond down with the Russo Brothers and their writing squad. This footage description? Nothing in this footage description does anything other than amplify my jackitude.

Footage began with Falcon targeting a van using Redwing, a drone which launches from his winged jetpack. Once he finds his target, he jumps off the building and flies after it. Black Widow (Scarlett Johansson) is on hand fighting some people, too. Turns out the target they’re pursuing is Crossbones (Frank Grillo), who ends up fighting Captain America (Chris Evans) pretty fiercely.

The fight ends with Cap removing the helmet Crossbones is wearing, and the villain taunts him, “You know, he remembered you. Your pal, your buddy, your Bucky.”

Captain America, “In this job, you try to save everybody you can. Sometimes that doesn’t mean everybody.”

William Hurt, as General Thunderbolt Ross, has some words about superheroes as he speaks to Captain America, “The earth owes you an unpayable debt. While the people should look at you as a hero, there are some that prefer the word vigilante.” Maybe he’s the one behind the Sokovia Accords?

Tony Stark (Robert Downey Jr.) tosses out the line, “We are better than the bad guys.” At some point he also tells Rogers, “Sometimes I want to punch you in your pefect teeth.”

And then comes a good look at Black Panther (Chadwick Boseman), complete with his retractable claws, but it’s just a quick shot. Clearly he’s not staying neutral in this fight, but who’s side is he on?

We see a shot of both teams running at each other, basically confirming the line-up that we heard recently about who takes which side in the Civil War. Black Widow and Hawkeye (Jeremy Renner) are going to get in a scuffle again and Widow asks Hawkeye, “We’re still friends right?” to which he responds, “Depends on how hard you hit me.”

The footage ended with Steve Rogers opening up a van to reveal Paul Rudd as Scott Lang, not in the Ant-Man suit. But Lang turns into a giddy little fan as he shakes his hand, “What an honor…I’m shaking your hand too long. Thanks for thinking of me.” He looks at Elizabeth Olsen as Scarlet Witch and says, “I know you too, you’re great.”

Other shots included Martin Freeman who seemed to maybe be tracking superheroes, perhaps part of a knew government oversight program, the film version of the Superhero Registration Act, in place to keep The Avengers in check. And there’s also a shot of Paul Bettany as Vision looking pretty dapper in a normal business suit, playing chess.

All in all, the superhero action on display looks on the same level as an Avengers movie, but it’s also in the more grounded style of Captain America: The Winter Soldier. There are tons of superheroes, including new ones that we haven’t seen with the Avengers before, and this is going to be a massive comic book movie. But from this footage, it looks like they’re being handled with care and used in the best way possible. There’s a lot of potential and promise from this first glimpse at the movie