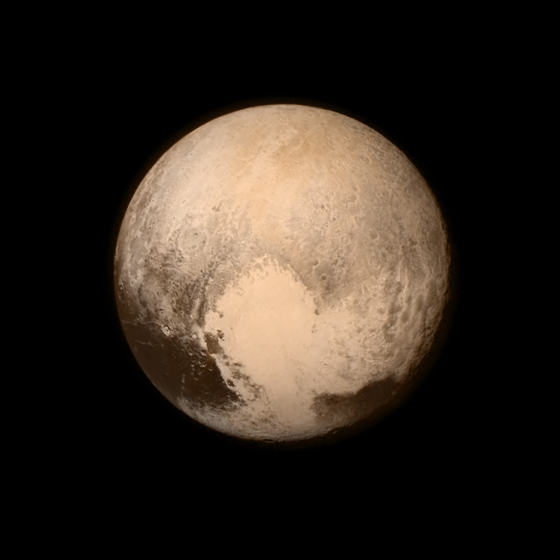 The New Horizons probe fly-by of Pluto has yielded the highest-resolution photo of the Former Planet ever. And it’s goddamn stunning.

Just minutes before the long-awaited flyby took place at 7:49AM ET, NASA “teased” the final full-frame color image of Pluto set to be released before the event by publishing it on Instagram. It was taken at about 4PM ET on July 13th, according to NASA, from 476,000 miles away. The high-resolution image was released after the flyby, and can be seen above.

In the image, we can see the “heart” of Pluto in much greater detail than before, craters that were impossible to make out in previous images, and a great view of the dwarf planet’s dark equatorial belt.

While the chance is around one in 10,000 that New Horizons will come into contact with debris during the flyby, spirits are high at mission control in Maryland. “Tonight we’re going to get the signal — and we will get the signal,” said Ralph Semmel, director of the Johns Hopkins Applied Physics Laboratory.