No Duh: ‘Spider-Man’ flick will star Peter Parker, according to Kevin Feige 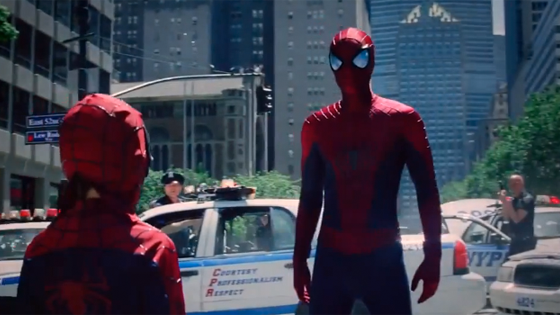 I am one of those folk who really wanted Miles Morales to join the MCU, now that Marvel has joint (wink, wink) custody of Spider-Man once again. But yeah, I never held my breath.

It’s still kind of mind-blowing that Sony managed to strike a deal with Marvel to collaborate on a new Spider-Man, effectively nixing any further plans to continue their most recent franchise. It goes without saying that it’s a good thing, but now that Marvel and Sony are starting from scratch with the web-slinging hero (again), it’s been speculated that the studios might go in a new direction with the character. As it turns out, they’re keeping things pretty traditional.

Although the initial press release from the studios regarding the Spider-Man deal used the name Peter Parker, many still wondered if they might take a different approach and use this rebooting of the hero to mix things up a bit, perhaps with Miles Morales instead of Parker. It also hasn’t been clear exactly how old the new Spider-Man would be, but with some of the casting rumors floating around, it looks like Sony and Marvel are looking to keep their hero in high school.

In an interview with Collider, Marvel Studios head Kevin Feige confirms their plans for the character, revealing that they’re definitely using Peter Parker. Feige said that the Parker they envision is 15 or 16 years old, but he’s not sure if the actor they end up casting will be that age or a bit older (chances are, it’ll be the latter).

Feige goes on to explain that they want to keep Parker/Spider-Man in high school longer than the previous films have because some of the best Spider-Man stories center on Parker during these years:

We want to play with Spider-Man in the high school years because frankly there’ve been five Spider-Man films and the amazing thing about it is, even though there’ve been five Spider-Man films, there are so many things from the comics that haven’t been done yet. Not just characters or villains or supporting characters, but sides to his character. The most obvious being the ‘young, doesn’t quite fit in’ kid before his powers, and then the fella that puts on a mask and swings around and fights bad guys and doesn’t shut up, which is something we want to play with and we’re excited about.

The executive also pointed out that Parker graduated high school in Sam Raimi’s first Spidey film, while director Marc Webb had the hero graduating from high school in his second film. Both Tobey Maguire and Andrew Garfield were older than the high school-aged Parker, which didn’t really allow those films to sustain them in that age range for long at all.