Archives
« ‘Tales from the Borderlands’ dropped today! No one f**king told me!
‘The Force Awakens’ Trailer: Old School Aesthetic Forcegasm » 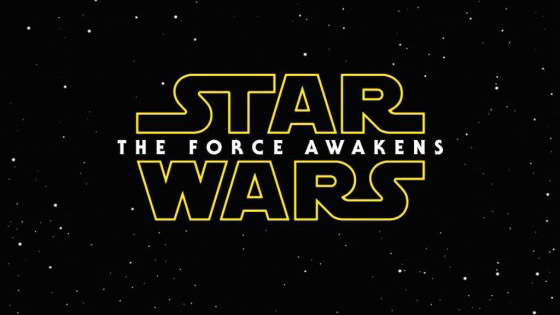 This Friday, Disney is cloaking the goddamn fucking Earth in Star Wars. Much like how The Force cloaks, binds, and nuzzles up against the Universe. Not only are they rolling out the Force Awakens trailer in a goddamn fuck ton of theaters, they’re also posting the piggie online.

The next Star Wars film’s first trailer will be available soon in 30 theaters nationwide, but the official Twitter account has just announced that it will also be coming to iTunes this Friday.

Titled Star Wars: The Force Awakens, the film is scheduled to release on Dec. 18, 2015. It takes fans to a point in the universe’s newly scrubbed timeline 30 years after the events of Return of the Jedi. The movie will include original actors including Mark Hamill, Harrison Ford, Peter Mayhew and Carrie Fisher.

Earlier this week the full list of theaters showing the 88 second teaser was released to the public through the official Star Wars website. Director J.J. Abrams later posted a tweet saying that it would contain a “tiny peek at what we’re working on.” That was enough to launch Star Wars fandom into a frenzy of ticket buying.

Today comes the announcement that the same trailer will be available through iTunes Trailers, a free feature embedded within iTunes that allows users to view promotional trailers for upcoming and current titles. The service also functions as a gateway to purchase movie tickets.

I already have tickets to see the fucker at 10:45 am on Friday. But I’m glad to know after I see it on the screen writ large, I’ll be able to come home and obsess over it. Rewatching it until near death.