‘Tales from the Borderlands’ dropped today! No one f**king told me! 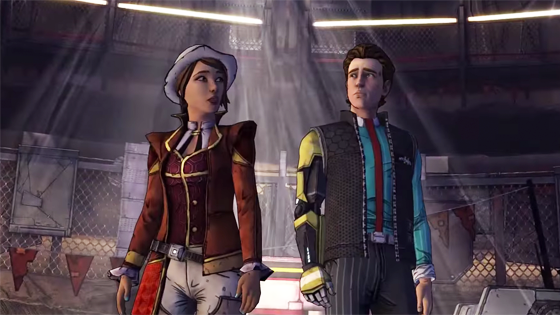 Were we supposed to know that Tales from the Borderlands was dropping today? Or did it sort of erupt out of the Dark Anus of News Not Yet Revealed, hitting me off the chest? Either way — fuck yeah I’m buying this when I get home.

The first episode of Telltale’s Tales from the Borderlands hits Steam across the globe later today, as well as PS4 and PS3 in North America. Next up are the Xbox One and Xbox 360, with worldwide releases due tomorrow, November 26, and December 3 respectively. Last but not least, PS owners in Europe also join the episodic party on December 3.

As for prices, on PlayStations and Xboxen each individual episode is $5. On PSN there’s the option to purchase all five episodes in a $20 season pass, while on Xbox Live you can get Episodes 2-5 in a $15 season pass upgrade. On Steam the asking price for the season is $25, which you can bring down to $22.49 with a pre-purchase. Finally, Telltale’s previously said the first episode should hit iOS and Android before the end of the year.