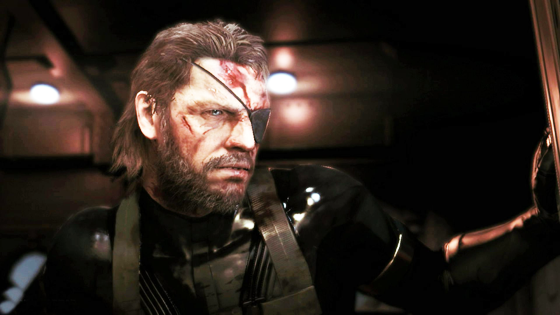 Kojima has confirmed that MGS5 is dropping next year. It’s the latest in a slew of confirmations for 2015. Phew. At least we know when this console generation is actually getting started. A bit touch and go there for a while. The Powers That Be had us thinking 2014, but one by one the big titles pulled out. Leaving us with bullshit half-fried up-ports like Watch_Douche and Destiny: Halo Unevolved.

Hideo Kojima said Metal Gear Solid 5: The Phantom Pain will be released sometime in 2015 during a presentation at this year’s Tokyo Game Show.

Quiet acted as Big Boss’ partner in the gameplay demo, parachuting in to help him sneak undetected through a jungle monitored by guards. Quiet, armed with her sniper rifle, invisibly creeped through the forest and trained her laser sight on enemy units while Big Boss sneaked around, taking out soldiers one-by-one. In one instance of her AI-assisted cooperation, she shot the metal helmet off an enemy soldier just before Big Boss fired a tranquilizer dart into his head.

It appears Quiet will also be able to aid Big Boss in combat, providing covering fire and taking out enemy soldiers from afar. For a replay of Kojima Productions’ Tokyo Game Show presentation for Metal Gear Solid 5: The Phantom Pain, watch the video capture below.

For some reason, I’m fucking pumped for this game. I didn’t really dig MGS4 at all, but perhaps in the span of six years the bad taste has been washed out of my mouth. Leaving only the delicious taste of Snake from years gone by.