The Future! – Doctors have implanted a 3D-printed vertebra for first time 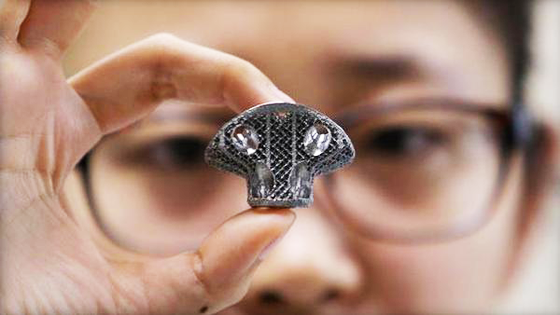 Man, I’m falling behind on the times. First, I didn’t know that water clouds were really fucking rare in the solar system, and now it appears that motherfuckers are straight-up changing out bones with 3D-printed replacements these days. And I had no idea! But, I’m totally hip to the vertebra scene, man. For instance. I totally know that it was just recently that a 3D-printed vertebra was implanted in a human for the first time.

Doctors in Beijing successfully replaced a 12-year-old boy’s damaged second vertebra with a 3D-printed custom implant made from titanium powder. The boy, who had bone cancer, is now in recovery.

This isn’t the first surgery swapping busted bones for 3D-printed replacements, but it’s the first time doctors managed to fix a spine using a 3D-printed implant. Peking University surgeon Liu Zhongjun, who led the project, deserves a hearty clap on the back and a tip of the (3D-printed) hat.

This is good stuff. It’s a big deal in the world of orthopedic medicine, and it’s a big deal for people in general. Doctors replaced a woman’s jaw with a 3D-printed Super Jaw back in 2012, and the progress made since then is promising. Noses, blood vessels, skin, livers, and all sorts of body parts are getting printed. Our bodies are fragile sacks of slowly rotting meat, and this medical technology means it’s getting easier to replace our diseased bits with cleverly designed porous titanium.

Goddamn gnarly! Now if the science-gurus can get busy creating some sort of nanobot-swarm that can strip my brain-piece of aspartame and mental illness, we will be truly cruising. Into the future. And beyond.