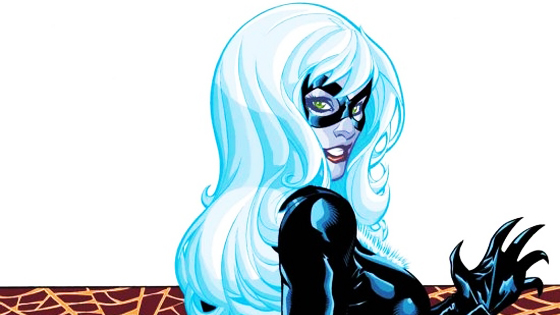 For all of Marvel Studios’ success, the one consistent drumbeat (understandably) is for more diversity. A female-led movie. An African-American led movie. And while Marvel Studios’ Head Czar comes up with a litany of crap to explain away why they haven’t “found time in their release schedule” for a female-led movie, another studio is going go ahead and get this shit done. With a Marvel character. Before them. Good looks, Sony.

Sony is considering a female-led Spider-Man spinoff film for 2017, according to a Monday report fromDeadline.

While no concrete details of what character (or characters) may star, Deadline states that screenwriter Lisa Joy Nolan has been hired to write, with Avi Arad and Matt Tolmach producing. Potential Marvel characters within the scope of Sony’s Spidey franchise film rights include Spider-Woman, Black Cat and Silver Sable.

Last month, CBR News asked “Amazing Spider-Man 2” screenwriter Alex Kurtzman about the possibility of a “Black Cat” film. “Anything is possible,” Kurtzman said. “We are always looking for opportunities like that. I can’t say a whole lot about it, but I wouldn’t rule anything out.”