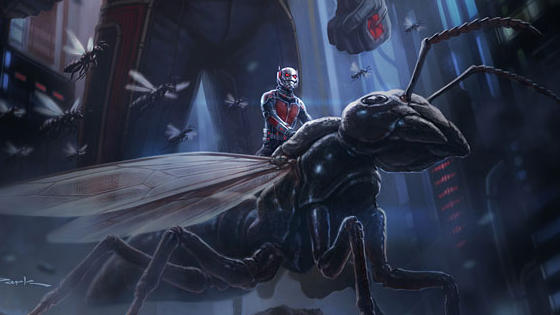 Hey ya’ll. Hey freaks. Do you desire an official synopsis and concept art poster for Ant-Man? Well you’re in luck.

San Diego Comic-Con opens in mere minutes and Marvel has just jumped the gun and revealed their Ant-Man Comic Con poster. Check it out below.

Thanks to Entertainment Weekly. This will be available at the Marvel booth at Comic Con

According to the article, this is a piece of “Pre-Production Concept Art” by Andy Park. Here is some more info:

As this poster makes clear: That’s Paul Rudd taking on the central role of Scott Lang, a thief who, according to the comics, stole the technology behind the shrinking suit from the original Ant-Man, Hank Pym.

And there’s Michael Douglas, joining the Marvel universe as Pym, a scientist with Tony Stark-levels of ingenuity. He not only builds a miniaturizing mechanism, but also constructs a method of communicating with tiny creatures. (Better to have them on your side than trying to eat you.)

Although Lang only steals the suit to make it easier to lead a life of crime—it’s simple to sneak in and grab other things of value when you are microscopic—he inevitably follows a reluctant hero arc. 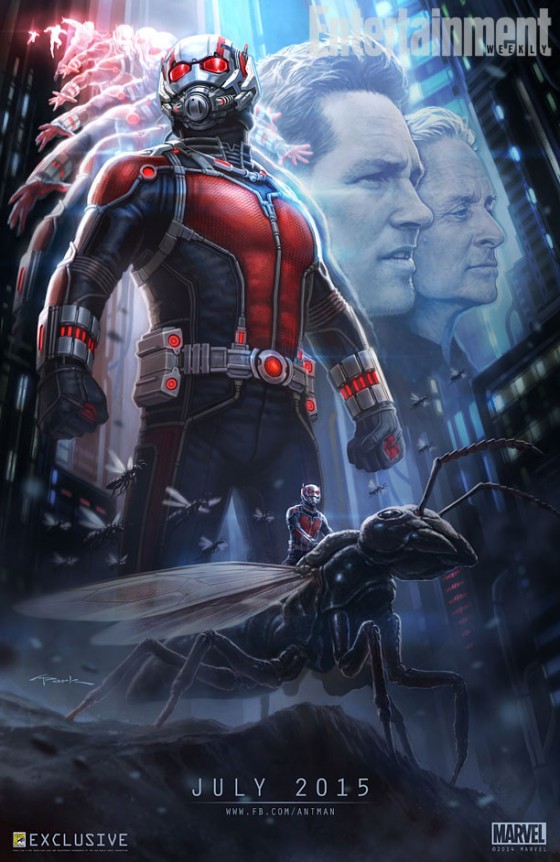