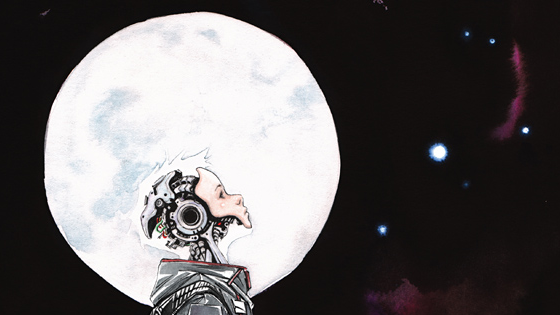 More glorious, delicious, gloriously delicious creator-owned news out of Image’s camp. Jeff Lemire and Dustin Nguyen are teaming up to bring Descender into the world. The comic is centered around a Robot Boy who must thrive in a lonely universe whilst avoiding bounty hunters aiming to bring him down.

Set in a universe where all androids have been outlawed and bounty hunters lurk on every planet, Descender is a story about a lifelike artificial boy named TIM-21 and his struggle to stay alive as the entire universe hunts him down.

Mankind’s persecution of machines stems from a tragedy that takes place 10 years before Descender begins. Planet-sized robots called The Harvesters suddenly appeared and wiped out entire planets before disappearing without a trace. Out of fear, humanity blamed millions of its robotic companions for the Harvesters’ massacre, outlawing them and dispatching bounty hunters called Scrappers to scour the universe for any surviving bots.

“Despite the sprawling sci-fi mythology we’re building in Descender, it is at its core a story about a boy trying to find his place in a world that fears and hates him,” said writer Jeff Lemire in an email to EW.com. “Working with Image also gives us the creative freedom we need to let the story unfold at its own pace. We never have to let the plot mechanics take over and dictate the story. We can keep it very much centered on TIM and the emotional core of the story. Do a small, character driven story that just happens to be set in a big sci-fi world.” 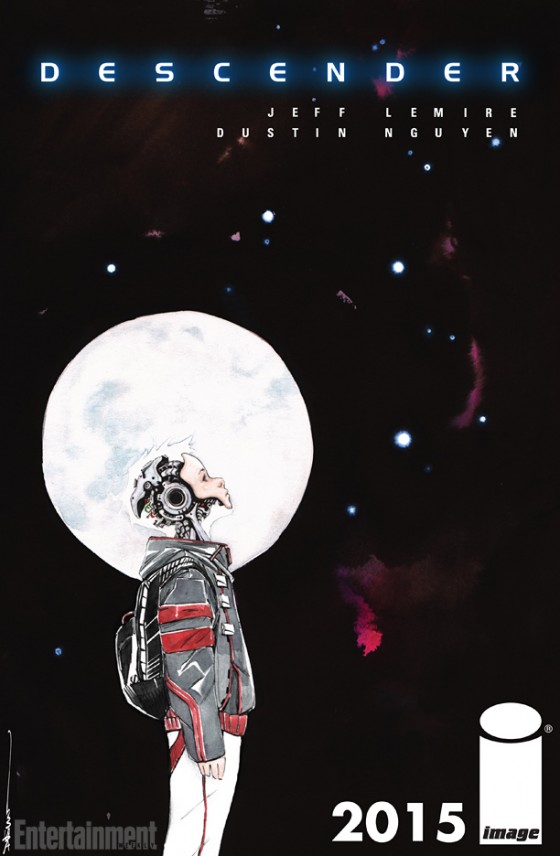