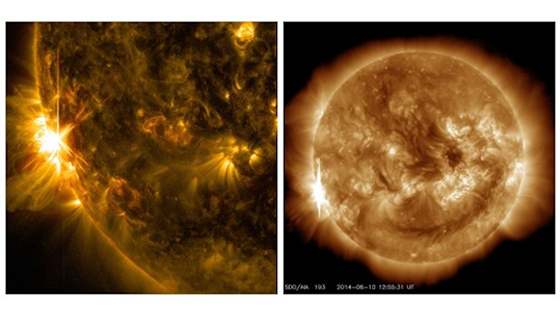 This morning, astronomers observed an incredibly powerful x-class solar flare erupting from the sun, only to be surprised by what they saw happen just about an hour later: a second x-class flare.

Just what do two of the most intense class of solar flares possible occurring within minutes of each other mean? NOAA’s Space Weather Prediction Center is curious too — and analysis of the two events and what might link them is currently ongoing. What they do know so far, though, is that both flares occurred in the same spot on the sun, region 2087, and that the second flare (an X1.5) while still incredibly powerful was not quite as strong as the first one, which came in at X2.2. [io9]