Archives
« ADAM MCKAY PULLS OUT OF ‘ANT-MAN’ talks. OkayIgiveup.
Cosplay: PIXIE from ‘X-MEN’ is a dusting of glory » 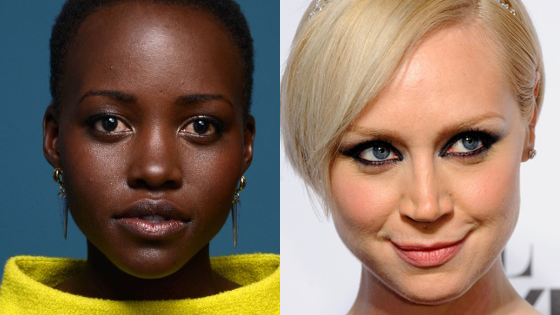 Those who were upset that the first big wave of Star Wars Episode VII casting did not include more women can breathe a bit easier. Lupita Nyong’o (Non-Stop, and winner of the Best Supporting Actress Oscar for 12 Years a Slave) and Gwendoline Christie (Game of Thrones) have just been added to the cast.

Both women have been tipped for roles in the film, and they are both excellent additions to the cast. Lupita Nyong’o proved her abilities as a powerhouse performer with gut-wrenching scenes in 12 Years a Slave, for which she took home an Oscar. And Gwendoline Christie has earned fans for her performance as the fighter Brienne of Tarth on Game of Thrones, in which her physical prowess is matched by her ability to bring dramatic weight to a scene.

Here’s the official release from StarWars.com:

Lupita Nyong’o joins the recently announced cast of Star Wars: Episode VII. This year, her breakthrough performance in 12 Years a Slave earned her an Academy Award for Best Supporting Actress.

Gwendoline Christie, currently starring in the hit television series Game of Thrones as Brienne of Tarth, has also been cast in the production. She can next be seen in The Hunger Games: Mockingjay – Part 2.

“I could not be more excited about Lupita and Gwendoline joining the cast of Episode VII,” says Lucasfilm president Kathleen Kennedy. “It’s thrilling to see this extraordinarily talented ensemble taking shape.”