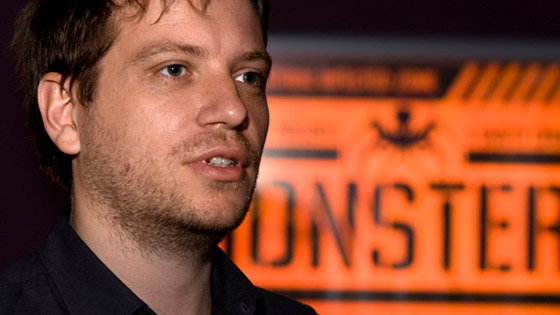 HOW THE FUCK AM I SUPPOSED TO BUY A ROTISSERIE CHICKEN AT STOP & SHOP WITH NEWS LIKE THIS BREAKING? One minute I leave the house. Then I’m on my phone AND STAR WARS-SHIT IS BLOWING UP. Had to punch an old lady in the kidney to get through the doors faster. FART IN A FUCKING LITTLE KID’S FACE to cut the self-checkout. But here I am. Telling you this: Gareth Edwards is in charge of the first Star Wars movie. NOW CAN I COOK MY FUCKING BROCCOLI? Edwards? Love or hate Godzilla, he has a gorgeous eye. The writer for this standalone flick? Fucking gross.

The career of Gareth Edwards is one that would make a film school student envious. His first film, “Monsters,” was a labor of love, made on a shoestring budget, with the VFX largely done a laptop. The result? A solid indie highlighting a director with a real sense of mood and craft. That effort found him leveraged into the blockbuster “Godzilla,” and no matter what you thought of it, the movie was a huge smash, opening last weekend over $90 million at the box office. So what does Edwards do next? He’s doing to Disneyland. Kinda.

THR reports that he’ll direct one of the upcoming “Star Wars” spin-offs. Of course, given the shroud of secrecy around those movies, it’s not clear which one it will be, but rumors abound. Earlier this week, fanboys were stirred when a random German site, Star Wars Union (via Nerdist), claimed that a recent Hasbro training presentation revealed the following feature film plan:

Again, those are just rumored titles and it’s not clear which installment will fall Edwards’ way. But the film has been given a December 16, 2016 release date (which means the Boba Fett movie is those aforementioned plans are accurate) and will be penned by Gary Whitta whose credits include “After Earth” and “Book Of Eli.” Uh … great … [Indie Wire]