CYBORG cast in ‘BATMAN VS. SUPERMAN.’ So, this is ‘JUSTICE LEAGUE’, right? 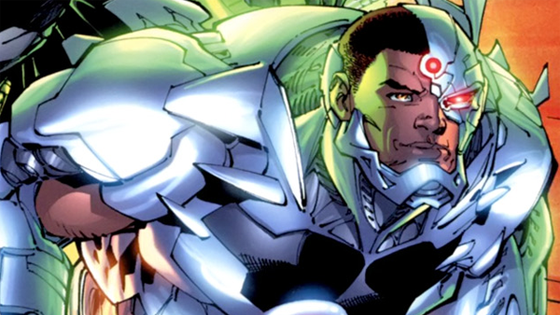 The potential Justice League roster just expanded by one in Zack Snyder‘s new vision of the DC Universe. Theater actor Ray Fisher (not the football player) has been cast as Cyborg in Batman vs. Superman. Since Fisher just played Muhammed Ali in a play staged in New York, he should have the chops to sign on as Cyborg.

Variety reports that the character won’t have a large role in the film, but his role could expand as Warner Bros. preps more DC Universe films. That raises more questions than it answers, really. Variety says “[Cyborg] will become a much more significant role as Warner and D.C. develop more films related to the Justice League universe, sources confirm.”

Cyborg is more closely associated with the Teen Titans, but has been part of Justice League stories as well. Clearly that’s the angle Snyder & Co. are relying upon for the film. (Though a Teen Titans movie might seem like a smart move down the road for DC and WB, it doesn’t seem like a likely choice at the moment.)

Cyborg is also associated with S.T.A.R. Labs, which got a brief mention in Man of Steel. Last year, David Goyer explicitly mentioned that adding nods to S.T.A.R. Labs was meant to tie Cyborg to the film: “We mentioned S.T.A.R. Labs at one point, that’s kind of a connection to Cyborg.” [/Film]