MOAR ‘GUARDIANS OF THE GALAXY’ Images. Plus its ‘AVENGERS 3’ connection! 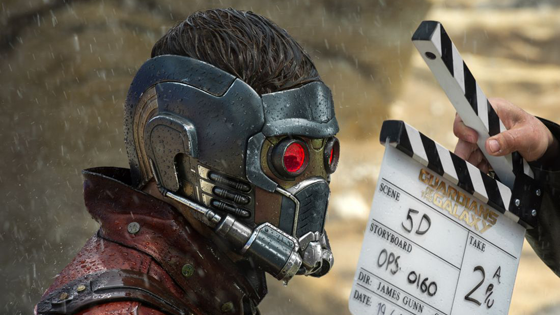 Hankering for more Guardians of the Galaxy images? In the higherest (new word) of resolutions? Plus how the flick is (honestly, obviously) going to connect to Avengers 3? And more details? For your gluttonous geek guts? Then you’ve found the right fucking place.

Speaking with Entertainment Weekly, director James Gunn revealed a mess o’ plot points about Marvel’s upcoming scifi flick, as well as how it leads into the third Avengers movie. Potential spoilers ahead!

First of all, it probably won’t shock anyone to learn that Thanos will be the link between the two movies, in that he’s going to show up in GotG — Gunn calls him the “head of the snake” — which means he’s almost certainly going to be the main villain of Avengers 3. Nice to finally have confirmation, though!

And here’s some interesting bits about GotG‘s plot:

• Star-Lord was kidnapped from Earth when he was 8 years old and grew up among “a group of thieves and smugglers called the Ravagers” who I’m desperately hoping are going to be based on the space pirates known as the Starjammers in the comics (although presumably without Cyclops’ dad in charge).

• Gamora and Nebula were raised together as sisters by Thanos, after Thanos murdered the rest of Gamora’s family. “They were bio engineered to become living weapons, so he’s really good at killing people,” says Gunn. So clearly there’s been a bit of a falling out between the two, since they’re definitely having a pretty major fight scene. [io9] 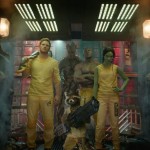 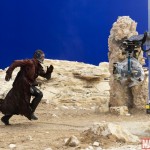 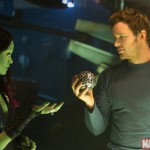 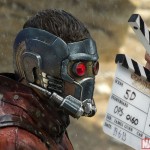