Archives
« EXPECTED: Sony is making ‘THE LAST OF US’ into a movie.
Bitcoin founder may have been tracked down. Is all, “I only heard of Bitcoin three weeks-ago.” Yeah! Okay! » 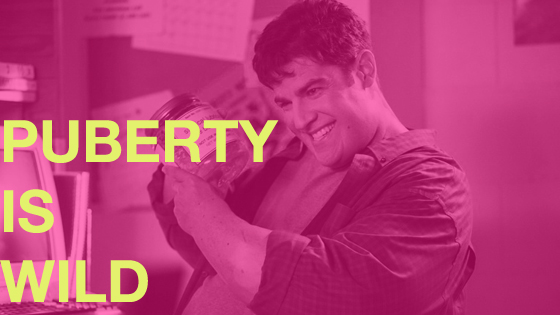 This is about that time I found out that I had a hairy asshole. I remember it like it was seventeen years ago, which is to say I remember very little about it. It was a balmy summer night (I’m making this up), I was in an AOL chat room trying to cyber with anyone who would let a precocious fourteen year-old with a trigger-scrotum digitally ejaculate on them. Gender, age, ethnicity, religion, political creed, didn’t matter.

Probablyperhapsmostlikely I was scratching my balls, newly adorned with fresh follicles when my finger strayed down a bit low. Despite the insistent heteronormative cacophony informing me for years that I wasn’t supposed to punch the sludge-button (UR GAY IF U DO), I’m sure I shrugged. Said what the hell. And that’s when I felt it. A butt hole hair. A BUTT HOLE HAIR.

This part I remember vividly. I promise. Rushing down the stairs. (I logged off before finishing off my digital playmate – which I must confess with a good amount of shame was a regular habit for me.) Standing in front of the bathroom mirror.

As my eyes glossed over in a Nietzschean descent into the hormonal teenage abyss, I’m sure a finger or two acting as rogue agents clawed their way down my thigh.

“Woahwoahwoahwoahbuttholehair” I probably gasped. I can’t remember. My fingers clawing around my thigh. Working their way toward my inner terminal. The epicenter. The lights began to dim, my voice a shrill.

As the house began to shake, the rogue agent again ascertained the package. My Dad banging on the door. Concerned. But steady. “What’s going on in there?!” Me yelling back, “You made me, let me have this!”

The lights came back on, the staccato-blast of synapses breaking apart in my brain only perceivable within my own brain-cage. I had a butt hole hair. I had one?! What did this mean?

Seeing a butt hole hair isn’t easy. Your butt hole is pretty much down low, there wasn’t web cams in 1996, and as a lanky, gangly dude I generally just have uncoordinated limbs everywhere.

I propped one meaty leg (chicken fingers, mozzarella sticks and Pepsi for life, bro) up on the sink. Ass to mirror. This is difficult for most mortals. For the said gangly kid it was almost impossible. I turned my head to look backwards at the mirror. Eyes peering.

No butt hole hair. No light. No see butt hole hair. It’s an objective fact that Satan is easily called into the hormonal teenage body. He’s pretty much skulking about in his infini-form splayed across the globe taking over so many goddamn teenage bodies at once.

Having read the Internet on my 56k modem (how else are you going to download photoshopped pictures of Pamela Anderson to burp your cock to? – get out of here with that l4m3 14.4k junk SON), I knew that Satan was close. Forget the DARK WEBB. I was on ICQ. Things happened there, MAN. (Like me getting off to some “woman” on the other end of the text box and then logging off so I could play Super Mario 64, sticky dong to jiggly belly.)

“SATAN”, I yelled. “GRANT ME THE PLASTICITY OF REED RICHARDS. AND THE THING’S ORANGE DORK. FOR SLAMMING BABES.”

(An acolyte of Kevin Smith I loved that line from Mallrats and thought that it was really cool to speak about “babes” in demeaning ways. Both persisted for probably nine years.)

Nothing. I sat there. Still straining against the laws of my anatomy, of my meat-case, of which I’d come to hate more and more throughout the years.

Was SATAN not helping me, granting me Reed Richards’ powers because he wasn’t in the 616 at the time? Dickhead was over in Heroes Reborn being drawn by Jim Lee. Does Satan only grant powers based on main canon superheroes? This fucking shit was confusing.

I rejected SATAN and his false promises. Dude seemed lame anyways. Like a Satyr with no morals. Give me Bacchus! Give me goat-boners! But not today.

In what would be my single case of pushing through adversity for the first twenty-five years (There is no Greatest Hits for my first quarter-century. It’s just virginity, manic-depression, obesity, and a lot of really fun video games), I called upon the powers of my fallen Nordic Ancestors to give me strength.

That’d be impossible, because:

Impossible: unless you have your ribs removed like Marilyn Manson.

However, it would be totally cool if I could, because:

Not gay if you do it to yourself: the deliciously homoerotic no-homo mantra of a million-zillion curious but contained dudes in Middle America.

As I bent forward, the rubbery, undulating butt cheeks that were keeping my BUTT HOLE HAIR away from its prized owner spread.

Down, down, down, I went. Peering between my spread-legs, standing on the bathroom sink, I looked into the mirror. There, resplendent, was an underdeveloped butt hole hair. Small? Yes. Inconsequential? Hardly.

I hopped off the sink. Butt cheeks sealing back up with a sweaty thwack, their ruddy caverns glazed with the juices of a summer night. SANS AIR CONDITIONER.

Pulled the old shorts up. Unlocked the door. My Dad, the cats, the dog, all of the silly mammals cowering in the corner of the television room. My Dad looked me in the eyes and he knew. HE KNEW.

“Son, I’ve only heard that sound once before in my entire life. And it came out of my mouth about forty years ago.”

After that, wee didn’t have to speak. Our eyes locked. A shared ancestral memory enabling limited telepathy. The words, unspoken, unformed, a clumsy totem for a rite of passage among all men. Before there were words, there was this passage. How could there be words for it? Clumsy. Totems.

But there it was. Galloping across our psyches to meet in the mutual space between dimensions. One phrase. An infinite realm. Butt hole hair.