Archives
« JAMES STOKOE’S cover for ‘What If? Age of Ultron’ #2 is Typical Stokeian InsaniGlory.
Opinions Vary: PUBERTY IS WILD »

EXPECTED: Sony is making ‘THE LAST OF US’ into a movie. 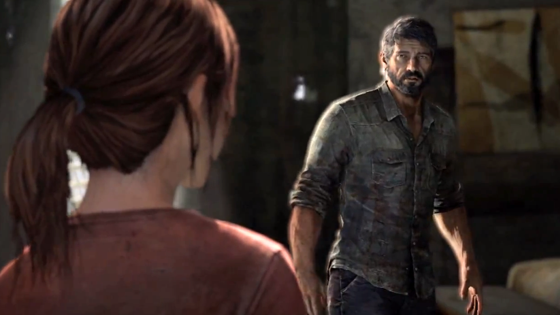 “Oh God, why do they have to adapt this? Good fucking luck!”, “Oh God, they’re adapting this flick, it would be perfect.” And I’m like in the middle of this shit covered in spittle, eating popcorn in my boxer-briefs, and dipping the kernels in the peanut butter smegma in my navel. Just sort of shrugging.

One might wonder: how the hell do you turn a game as cinematic as The Last of Us into a movie? One will keep wondering. Sony’s doing it, working alongside Naughty Dog and Screen Gems to make their PS3 hit into a film.

Naughty Dog bosses Evan Wells and Christophe Balestra are teaming up with Evil Dead director Sam Raimi for the film, and The Last of Us directors Neil Druckmann and Bruce Staley will be involved as well. No word on a plot just yet, other than the logline from Deadline:

Hardened survivor Joel teams with young and capable companion Ellie to journey through a radically transformed world some 20 years after an infectious pandemic ravages humanity. The game has won numerous awards and has been a big seller since its release last summer. [Kotaku]

Where do you stand?