Stephen Hawking: there ain’t such a thing as a black holes. Dummies! 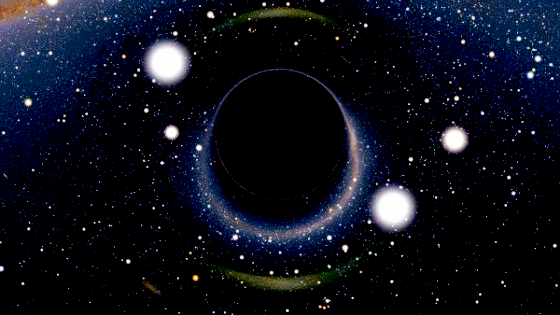 Sort of! Sort of. That’s the sexy, sensational headline. And I’m not Mary Jane or Peter Parker, but I want desperately to be both sexy and sensational. Anyways. So black holes *do* fucking exist, but apparently it is possible for shit to escape their tyrannical gape.

At least, not as we’ve defined them. In a new paper, Hawking says that one of the defining features of black holes — the complete inability of even light to escape — may not hold true.

“The absence of event horizons mean that there are no black holes — in the sense of regimes from which light can’t escape to infinity,” writes Hawking, in a new paper. In other words, the notion that black holes have an event horizon, which prevents anything from escaping ever, is wrong.

Hawking posted the paper, titled “Information Preservation and Weather Forecasting for Black Holes” up on arXiv, but it hasn’t yet gone through peer review.

So what exactly does all this mean for theories about how black holes work? The New Scientist has a terrific look at some of the questions raised by the paper, and how to answer them:

It’s yet another quantum versus relativity showdown!

Indeed. Firewalls mean that one of the two theories is wrong, so physicists have been scrambling to find a compromise that doesn’t produce these flaming problems. Now Hawking has waded in and says the solution is to give up the very thing that makes black holes so intriguing – the event horizon.

Wait a minute… does that mean you could actually escape from a black hole?
Potentially, although you would probably need to be travelling at the speed of light. “The absence of event horizons means that there are no black holes – in the sense of regimes from which light can’t escape to infinity,” writes Hawking in his new paper, which he posted online earlier this week. Instead, black holes have “apparent horizons”, surfaces which trap light but can also vary in shape due to quantum fluctuations, leaving the potential for light to escape.