Archives
« PEGGY CARTER from ‘CAPTAIN AMERICA’ GETTING HER OWN TV SHOW. Righteous.
Next Marvel One-Shot Short Flick is “ALL HAIL THE KING.” » 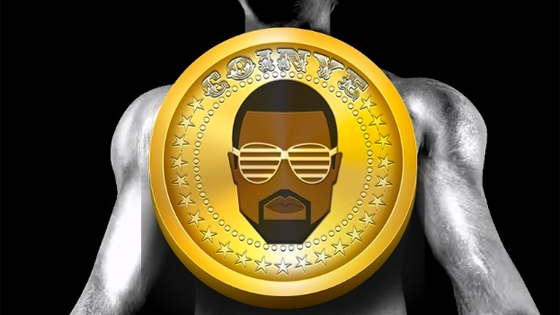 Coinye West is coming! Coinye West is coming! Sweet Jesus if that dude needed anything else to fluff up his ego, now he’s at the center of a new cryptocurrency. Welcome to the future, folks. It’s an odd place. I think I’ll stay. Pay for my adventures with an untraceable currency sporting Kanye West’s face.

Coders have announced that a new Kanye West-themed cryptocurrency called Coinye West will launch on January 11th. Coinye is based on Bitcoin, the virtual currency that approximates cash on the internet, but will be easier to use, the creators say. “Coinye West is a cryptocurrency for the masses,” the creators tell Noisey.

The effort may be nothing more than an elaborate joke, but launching a cryptocurrency is actually relatively easy since the Bitcoin source code is public. Many serious and half-serious clones have launched, but Coinye and the meme-cenric Dogecoin are getting a lot more attention than Litecoin, Namecoin, and other virtual currencies that attempt to improve upon Bitcoin. Perhaps Snoopcoin is next?