Archives
« Monday Morning Commute: Gravity has got a hold on us all
RAFAEL GRAMPA’S rendition of THE JOKER is the NIGHTMARE WE DESERVE » 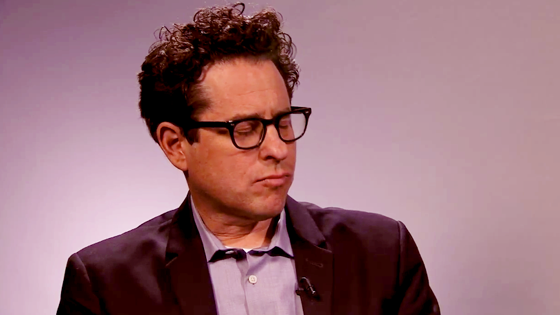 Despite all my shit talking of Abrams (perhaps misguided because it’s the plot for STID that I so loathe), I’m excited for the dude to be doing Episode VII. So when he comes out and directly addresses his over use of lens flares, I can only get a bit more excited. Self-awareness? I’ll take it.

And here’s the most insane part: Abrams had to have ILM remove lens flares from Star Trek Into Darkness in post-production because even he thought there were too many.

Abrams gave the belated apology and admitted he had “a problem” in an interview with Crave Online:

I know I get a lot of grief for that. But I’ll tell you, there are times when I’m working on a shot, I think, ‘Oh this would be really cool… with a lens flare.’ But I know it’s too much, and I apologize. I’m so aware of it now. I was showing my wife an early cut of Star Trek Into Darkness and there was this one scene where she was literally like, “I just can’t see what’s going on. I don’t understand what that is.” I was like, “Yeah, I went too nuts on this.”

This is how stupid it was — I actually had to use ILM [Industrial Light & Magic] to remove lens flare in a couple of shots, which is, I know, moronic. But I think admitting you’re an addict is the first step towards recovery.

Abrams sounds genuinely apologetic and charmingly contrite, so it’s actually a little tough for me to stay mad at him. Still, I’m extremely glad he came to this realization before he started filming Star Wars: Episode VII as opposed to after.