Archives
« NBC developing ‘CONSTANTINE’ TV SERIES with the cruddy DAVID S. GOYER
Monday Morning Commute: Gravity has got a hold on us all »

A vulgar response to a vulgar practice, right? No term sours my gaming experience more than ‘micro-transaction’: something about the idea of paying real money for virtual items just irks me. Call it an out dated, desperate grasp on the good ol’ days, or just plain xenophobia, but it’s an idea that I have real difficulty getting on board with. If solid old school mechanics taught me one thing, it’s that persistence and skill can overcome most hurdles, but very soon, the norm could become dropping a few sheckles to defeat that boss or snag that upgrade instead.

Obviously, there’s a bit of scaremongering on my part here, after all, micro-transactions haven’t permeated completely into the fabric of gaming just yet, it’s just one trend that is becoming increasingly common. Personally, I’ve been able to ignore it up until very recently; not until PopCap did a big steaming free-to-play shit all over Plants Versus Zombies 2 did I really notice. Sure, being able to buy upgrades didn’t affect the game hugely, but the decision to make certain win conditions dependant on using skill-devoid power ups did. So, in a game where skill is no longer required, why not cheat? Why not buy the best upgrades for a few pennies? After all, it’s hardly cheating if I couldn’t win without using some sort of shortcut, free or not. I don’t think I’m being too suspicious when I say that it was probably designed with this response in mind, and so, we come to the root of the problem with the free-to-play micro-transaction mentality: it has now actually started to affect game design. 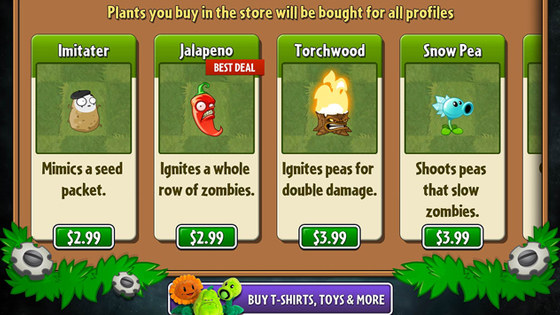 In the same week that Rockstar announced their monetization plans for GTA Online, Blizzard also announced that they would be closing down Diablo 3′s real money auction house, saying that it undermines the game’s core gameplay. A mixed message, then. On the one hand, we have an extremely successful franchise switching up behaviour to join in the monetization free-for-all, and on the other we have again, a hugely successful franchise admitting how disastrous the mentality can be. Like Diablo 3, GTA Online’s world will allow your real money to be put towards bigger and better weapons and modifications. Possibly not game-breaking stuff, but there’s always the chance that your default pistol isn’t going to do shit against homeboy who dropped $1.99 on enough in-game cash to snag that super heavy armour and grenade launcher. Competitive multiplayer just got more interesting, for want of a better word.

I try to put my suspicions aside, give the likes of Rockstar and Grand Theft Auto a break; after all, they have just provided us with one of the finest gaming experiences of the past decade. Then, I’m reminded that GTA V has made over $1 Billion since it’s release, making it one of, if not the biggest entertainment launch of all time. This is ridiculous money, Master P gold-plated tank, ridiculous as fuck money, yet still they want more. OK, I’m not so naive that I don’t know this is how the entertainment industry works; fine, Rockstar, you do you; make that money. But, beyond being greedy motherfuckers, where is the justification for this? When it’s something we can all ignore, fine, but when a company’s greed may affect my gameplay experience online, shut me out because I’m not willing to put in my bank details for some ethereal bitcoin bullshit, that’s simply not fair. 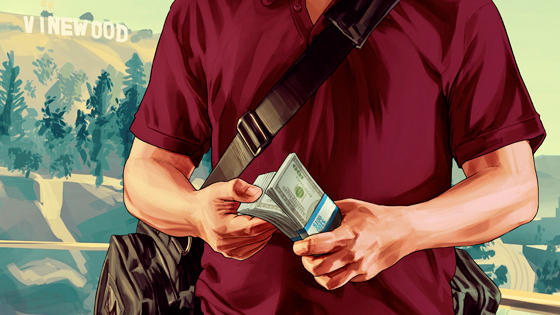 I know, I know, quit the crying: this is all stuff that I can opt out of and still have a good time, and why should I care about Rockstar’s finances? Honestly, I don’t. What I care about is how increasingly normal this kind of pay-to-play structure is becoming. Companies who are desperate to boost their income can’t afford to be as bold as bumping up the $60 prince of entry for their game discs, but they can sneakily bleed you elsewhere. Little Jimmy, right now is preparing his mother’s bank account, ready to fuck me like the pig I am with legitimately purchased boosts and modifications. That little shit stain is going to scream down that microphone at me until I hate myself and want to kick through the TV screen. What am I to do? Conform, buy-in and hate myself forever because I spent money to get on the same level as some dick-headed child? Or do I just slowly turn my back on my most beloved hobby?

As ever, all doom and gloom: worst-case scenarios “gaming is a pile of reeking sun-cooked turds, yada, yada”. Sorry about all that. Truthfully, I still love it all, but there’s a nagging feeling that the generation currently growing up with video games will see a monetized pay-for-success structure as very normal. Get ’em young, I guess.