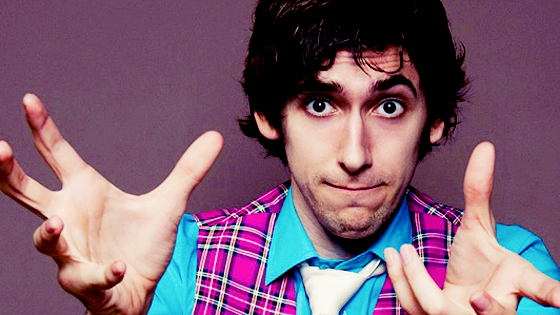 Max Landis. Wrote Chronicle. Seems to really, really, really enjoy himself. Enjoys hearing himself speak, eat, spank, take a dump (I can relate). The dude who took the world by force with his fiercely mediocre first effort is now pitching a Wonder Woman movie.

Max Landis, the writer behind Chronicle, wants to pen a Wonder Woman movie for Warner Bros. Why not? We liked Chronicle and this world desperately needs a new Wonder Woman. Sure, okay.

We’ll never get to see the sequel to the found-footage superpower movie Chronicle that writer Max Landis dreamed up. But now, Landis is saying… Read…

Now that Fox has passed on Landis’ take for Chronicle 2, the writer has some free time for new projects. While talking to Reddit, Landis revealed two ideas he’s been churning around for superhero movies. Here’s his ideas:

“[I’d like to do] either a version of Green Lantern that played like ET meets Stand By Me using the goth/punk seen and Kyle Raynor, or Wonder-Woman, using a pitch that I intend to make to WB.”

Let’s be real, neither of these ideas is anywhere close to happening. But we kind of like both pitch ideas, so why not throw some weight at it. Go forth and pitch! And maybe, just maybe, we’ll get the Wonder Woman movie/show/webseries we deserve.

Does this do anything for you? Why or why not?