Something has happened to me lately, something that is causing me to feel old; dusty; a withered nut suck harping on about how the purity of gaming is becoming lost. I hate myself for it, but struggle as I might, it seems that I can’t make sense of something. I can’t explain what is going on with Bungie’s newest game –Destiny.

Sure, I understand that at its core this game is some sort of shooter, with dynamic online features, but the descriptions of these features seem confusing and vague to me. Me: the hardened dork who, until this point, felt like he had to dumb down his descriptions of games to ‘normal’ non-gamers. I’m absorbing articles and behind-the-scenes videos in anticipation of this admittedly, intriguing title, but I can’t figure out what the fuck makes it so special. Perhaps this is what it feels like to be on the other side of the fence: to have grown up playing games that involved little more than stomping baddies and shooting cyber demons, to now witness a dynamic, ever-shifting and permanently online world of gaming. To an outsider, or myself in this case, something like Destiny must seem pretty obtuse.

A sign of the times then, possibly. As games have evolved, they have been able to incorporate all sorts of elaborate and often, pointless, features (see the RPG-isation of every game in the past six years for evidence). For better or worse, we’ve moved beyond the simple definitions of ‘shooter’, ‘RPG’ or ‘platformer’ and now gaming is full of bizarre cross-bred monstrosities: some combinations achieving PB&J-like god-status, whereas others become bloated by their own greed. On the other hand, we’ve had games so bizarre and exciting that they escape definition on any level (see Noby Noby Boy and then scoop your brain from the floor). 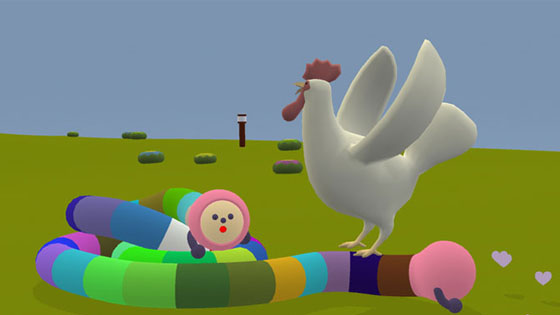 Running through my mind right now is the suspicion that this feeling: this sense of confusion is what makes video games still seem like something of a specialist hobby. This, if I’m being honest, is based mostly upon my own experiences, having met people who played games, yet wouldn’t afford them the same level of exploration and intrigue as they would movies, music and literature. Games, for many, seem like a the last bastion of entertainment when nothing else is interesting.

All of this is leading me to become ever more paranoid and self-analytical: asking myself is this how people lose touch? If this is how former die-hards lose touch with their hobby, then is that what I’m currently going through? Has Bungie’s Destiny become the game that finished me, that allows me to watch a console generation pass by in favour of my other interests? I’ve always worried that something like this might happen, but I always pictured it differently: imagining some sort of cataclysmic event like painful-direct-to-retina-screening technology and nothing but shooters from now until eternity. I always imagined myself getting so pissed off that I would never look back.

I’ll admit, I’m probably getting overly worked-up about all this, after all, Destiny is only one game. Surely this one title can’t represent my distancing from video games as a whole. I’m giving a little more credence to it, perhaps, because despite my lack of understanding, I can clearly see that Destiny represents some sort of future for gaming; dynamic; incommunicable; mysterious. I’ve seen this future rush through the micro matter of my struggling brain, shredding nodes as it breezes through and I’m sitting there: eyes wide, mouth agape, wondering where the fuck the power-ups are and what princess am I meant to be saving.

In recent years, games have strove to be more than their mere namesake, they now have to be all-encompassing entertainment products: so sustainable that you would never even think to fix your gaze anywhere else. Sustainable revenue, micro-transactions, DLC: all gaming buzz terms that are worryingly familiar to me. These terms will make up the lexicon of the next generation of adult gamers, along with the terms ‘spawn point’ and ‘camper’: boss battles and bonus rounds will be no more. Innocence is lost, yadda, yadda.

In my own special way, I’ve learned to deal with this age of games – a process made all the easier by a recent abundance of fantastic indie titles. I don’t hate modern games, despite my seemingly pessimistic outlook, hell, I even understand around 99% of them. Yet, with Destiny, Bungie have thrown my whole meticulously crafted safety bubble off-course and suddenly, there are some sort of contaminants leaking in. It’s wet, uncomfortable and confusing in here now. I’m struggling to see the ‘core’ of this game and that’s why it bothers me. I assume that essentially, Destiny is a shooter, but no-one talks about the shooting, as if the idea of ‘game mechanics’ is something only weirdos pay attention to and we should instead be focusing more on just how effectively this experience is going to explode our genitals.

Like any narcissist worth his salt, it’s my right to assume that this is all about me: that this is some deliberate scheme put together in order to confuse me and eventually stop me bollocking on about games like I know what I’m doing. However, in actuality, I’m sure Destiny will be a fantastic game and I’ll muddle through it enough to appreciate what makes it fun, even if I only vaguely understand what’s going on. After all, there’s no way games would be fashioned to purposely separate the wheat from the chaff, is there? The wheat being hypertextual hard-wired 15 year olds with evolved brain patterns, cloud storage implants and the chaff being dorks on the wrong side of 25 who think their iPhone 5 is pretty neat.

Nah, of course not.