Opinions Vary: Don’t Get Back on the Bus 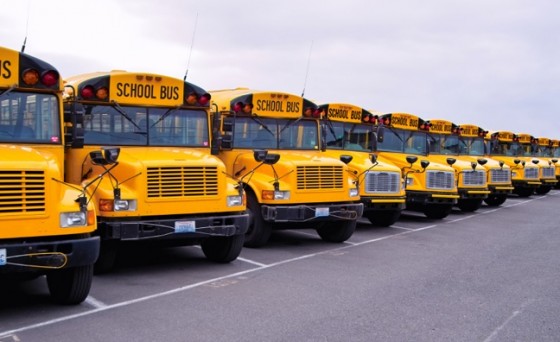 Well, folks. It’s that time again: back to school for students and educators!

The excitement is palpable beyond belief. Eager children, having had a couple of glorious, sun-soaked months off from school to rejuvenate, are now primed for further enlightenment in the coming year. These little self-starters are just chomping at the bit to get back and they’re not going to let anything impede their educational development. Thanks to these ever-buoyant students, the future looks incredibly bright, indeed.

But to be completely honest, it could be brighter. American public education, as eminent as it is, has a few problems. And school committees and departments—looking out for the best interests of the children and mindful of the basic needs for learning—have turned to a whole host of specialists for answers without realizing the true specialists in their midst: the students themselves. What these decision-makers have failed to recognize is that their system’s dilemmas (be they in a single school, district, state, or whole country) could be palliated by drawing more on their students’ youthful vigor, by using their inherent excitability against them. If they were to give these students greater freedoms, permit them more room to grow, and allow them to truly exercise their muscles, then there’s no doubt that each school across the country would a much more enjoyable place to go back to.

The solution is simple: stop using as many school buses as possible. Let the majority of bused students—who are already willing to do whatever it takes to get educated—figure out the best way to get to and from school each day without a ride, because these keen students will come to the smartest, most useful decision of all: they will choose to walk.

Now, obviously, some students should have the option to take a bus to school. Special-needs students and young children can still obtain such transportation (though they are welcome to this liberating opportunity, as it would surely be good for them as well). But for every other student, starting from middle school on, they should have no choice but to freely go their own way. Their maturation into adolescence/adulthood ought to go with their burgeoning yearning for independence and exploration. After all, we Americans still have the pioneer spirit within each and every one of us, hardwired for self-discovery and grand adventures, and students, being far more daring at that wondrous age, have plenty of time and energy to go out into the world on foot. Many students practically beg to get out of the house on a daily basis already, so coupling that determination to leave the home with education that prepares them for a life outside of it is a no-brainer.

Furthermore, at family gatherings, most people have a matriarch or patriarch who’s no stranger to detailing the untold miles of walking it took to get to school in the olden times, pioneer stories that never included buses or cars or any other modern contrivances. Rather, they got there out of sheer dedication. Braving the harsh elements, going against all odds, these great girls and boys took to the streets and got the education they deserved; walking made their schooling more worthwhile, more fulfilling—and the farther the distance, the better the learning experience. School buses would have made it too easy for them, sullying their accomplishment and everything that made them real go-getters. They weren’t simply given a ride to school; they had to go out and get there themselves. And this perseverance not only helped them to become great, but it is a substantial factor why they are considered our nation’s Greatest Generation. Walking to and from school made them good and ready to take on the problems of their own day, like the Great Depression and World War II. And such walking can still have the same celebrated effect today. By going on foot, there wouldn’t be a generation of young people who believe they’re entitled to a chauffeur each day or free transportation. Instead, we’d have a generation of achievers, geared up to go all-out for what they want—and who knows, maybe even best the Greatest someday. 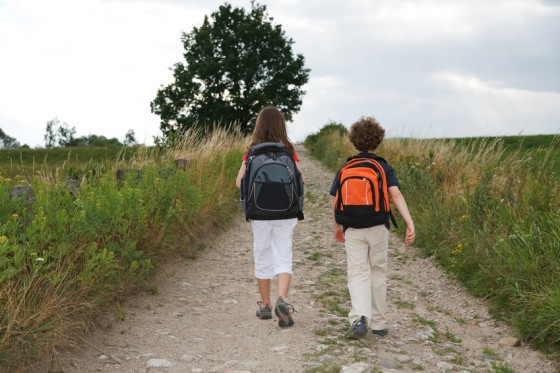 Walking around alone is also a great way to amass legitimate, real-world experience. On a daily basis, a student can learn how to navigate through busy traffic intersections and how to eschew suspicious locales and street people—lessons one can’t learn from the seat of a bus (or in school, for that matter). The value of safety becomes far more tangible—the value of one’s life even more so. There may be an element of risk involved, but that’s how life is; it’s a certifiable crapshoot anywhere one goes, even in school buses that are usually blind-spot-ridden. Being inside a bus can be as dangerous as anywhere else, except one has arguably less control. But being outside, reinforced by one’s panoramic view, students can get a better perspective of things (and their relationship to those things, safe or not); they can discern that they are one piece in a big whole. And making it to school each day in one piece becomes a personal triumph, a genuine confidence booster, because these students know they can take on the whole world, and any class in it. This sense of accomplishment and self-confidence, then, can take on a new life in the school and positively affect classroom performance, thanks to their street smarts supplementing their books.

Walking is not only mentally stimulating, it’s physically nourishing, as well.  The students can burn off their pent-up energy on the way to school, so that, by the time they arrive, they will be at ease and more comfortable. Also, with childhood obesity at the highest levels in our nation’s history, decreasing the usage of school buses would compel larger students to become more active. In time, the travel would create a healthier student body overall (with potentially fewer sick days and more learning to be had). Likewise, the increasingly allergic student population, principally the youngest of the bunch, might gain from being outside more often. Since their immune systems have not been adequately improved by dealing with the hazardous things outside (instead, they’ve lived sterile lives inside houses, buildings, and buses), they could conceivably develop stronger immune systems by testing their tolerance for grime, trash, and other filth along the way. And if they ultimately aren’t able to get through the journey without taking terminally ill, then these students, at least, will have become stronger aphoristically.

This walking solution would be extremely beneficial to not only the students, but also the whole community. The school would have more money to buy better equipment (ie. books, computers, protractors) or hire more teachers/support staff. That way, students can really push themselves during the day. And with fewer buses on the road, traffic jams would be less of an issue in the area. Buses, with their flashing red lights and pop-up stop signs, would no longer dominate streets in the morning and early afternoon, which would give others the chance to travel around more rapidly. And this relative ease of travel would be environmentally friendly to boot. These school buses, mainly powered by diesel fuel, release dangerous exhaust fumes into the atmosphere and/or into passers-by’s faces (many of whom are students). And to top it off, eventually there would be a promising community of young adults who are capable of living without gas-guzzling transportation. They’d be making the world a better place, one step at a time. And knowing these communal advantages, the students who walked to school could take pride in their civic duty and sacrifice because they’d be making their neighborhood a cleaner, healthier place to live through their willingness to go the extra mile for their school, their fellow citizens, and themselves. And that’s what public education is all about–a sense of community.

As an educator myself, I’ve seen what the over-dependency on school buses can do to a community. Hell, I experience it day in, day out. A debilitating stagnation sets in from bus ubiquity, and I come up against the residual complications that linger in their wake, for far too long. It’s not a pretty sight.

I’m certain that eliminating buses would work wonders in my community, right before my eyes. There would be nothing more awesome on my commute each day than to witness all the fervent students on foot, trekking flawlessly off the beaten track under their own steam, blazing their own trail, instead of being taken in by a jam-packed bus that always gets in the way. Its significance would be so clear to me. As I’d pass them by, I’d know that they were learning important life lessons that I couldn’t possibly teach them, even in the most stirring class. The students would be beginning to understand that, in this life, nothing can hold them back, especially not a stop-and-going bus, and no amount of sitting around, waiting for knowledge to come along, can substitute for getting out there in the open air and working themselves outdoors towards their ends. And after their outings, once they finally arrive, they would show themselves to be ideal students, finished by their walking.

With fewer school buses holding everyone back, there would be so much more to look forward to, so much more to drive for each day. And if we were to go all-out and take up this initiative completely, thereby ridding ourselves of school buses for good, then little would stand in our way of real progress.

That’s how I dream of going back to school. 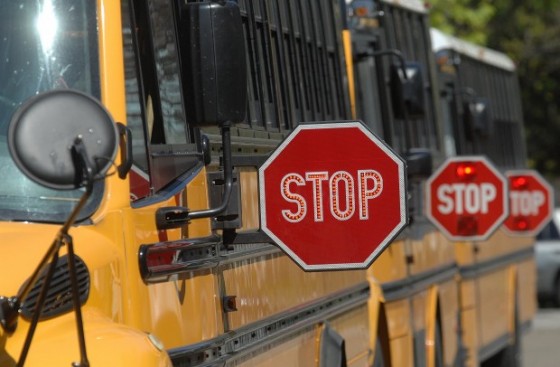