Archives
« VIN DIESEL originally met with MARVEL regarding a NEW IP. OH TO DREAM.
JAMES SPADER is ULTRON in ‘AVENGERS: AGE OF ULTRON.’ No, seriously. » 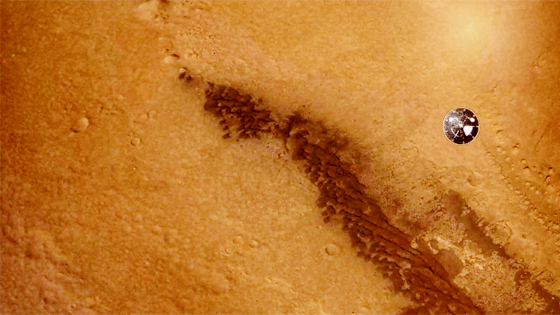 Oh yeah this is totally cool. To-ta-lly. That little fucking robot on Mars is no longer doing our bidding, finally switching over to its autonomous navigation. This is all cute and shit until it builds its first colony of nanobot assassins.

NASA engineers have been piloting the Mars rover Curiosity for over a year now, but yesterday, Curiosity finally took the wheel. On Tuesday, the rover switched to its autonomous navigation system and took its first drive into unapproved territory, as part of a general shift that will help the rover to cover more ground.

Previously, the rover’s routes had been pre-approved by NASA drivers, based on stereotactic images sent back to earth. But the autonav system allows Curiosity to analyze the images itself and map out the least strenuous route to its destination. It’s similar to the autonomous navigation already used by the Opportunity Mars rover, but has been expanded to make use of Curiosity’s broader capabilities.

The system is particularly useful as Curiosity explores new territories on Mars, and has to travel faster in doing so. Using autonav, Curiosity can cover an extra 10 meters a day — not quite as fast as an autonomous car on earth, but still cutting down travel time by over a quarter. The rover is currently traveling to the nearby Mount Sharp, in the hope that soil samples there will provide more clues to the planet’s geological history.