Archives
« ‘DIABLO III: REAPER OF SOULS’ REVEAL TRAILER
Buy These Flippin Comics!! (8/21/13) – Superman is Not Down With Bondage! »

Rumor: ELIZABETH OLSEN being considered for SCARLET WITCH in ‘AVENGERS: AGE OF ULTRON.’ 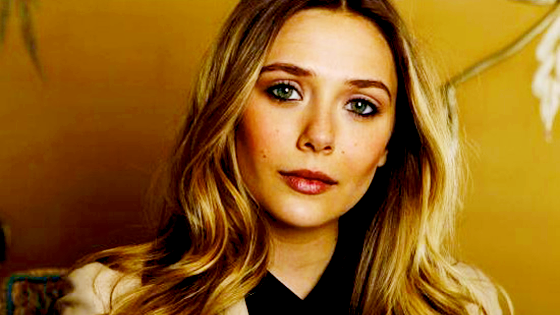 Lest you have forgotten, Avengers: Age of Ultron is going to double the amount of comic book characters on screen. By triple. Don’t run the math, it works. Trust me. One of the new characters debuting is Scarlet Witch. Who will be playing her? Maybe Elizabeth Olsen. Maybe.

It’s just two years from the nerd singularity — the 2015 summer movie season — and pre-production on “Avengers: Age Of Ultron” is moving along swimmingly. Of the film’s new characters, we know that Aaron Taylor-Johnson is the frontrunner for the role of Quicksilver, but the character’s twin sister has been more of a mystery — until now.

Bleeding Cool has sources that claim that despite Saoirse Ronan being Joss Whedon’s top pick for the Scarlet Witch, the “Hanna” actress has passed on it (something she herself indicated about a month ago) and eyes have now turned to Elizabeth Olsen. If this ends up being true, it seems like a savvy pick considering that Olsen isn’t big enough to command a large paycheck — the studio is notoriously frugal with talent — and yet she’s slowly building up a name for herself following the acclaimed “Martha Marcy May Marlene” with roles in a handful of upcoming pics including the TIFF-bound “Therese,” the Beat movie “Kill Your Darlings,” and next year’s blockbuster “Godzilla.”

It’s still early days yet though because despite talking about his approach to Quicksilver in interviews already, Taylor-Johnson is still not officially signed up for the role. So let’s all take this with a grain of salt. Olsen next appears in Spike Lee’s “Oldboy” remake on November 27th just in time for Thanksgiving.