‘EPISODE VII’: Here’s how the F**KING EMPEROR COULD RETURN 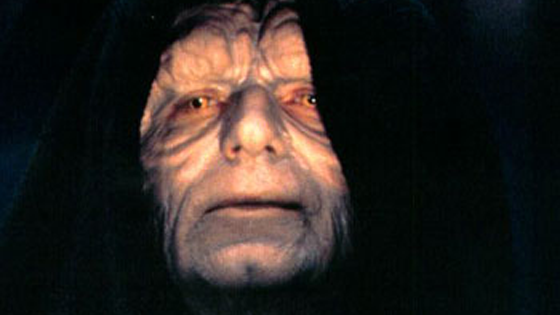 This is still a rumor. But frankly, Hollywood is so unimaginative and committed to exploiting past successes that I don’t doubt it in the least. I mean, why till new ground?

Luke Skywalker, Leia Organa and Han Solo famously defeated the Galactic Empire at the end of Return of the Jedi, tying a nice bow on the entire Star Wars universe. But, of course, with Star Wars Episode VII in the works, director J.J. Abrams and screenwriter Michael Arndt have to come up with a new antagonist to challenge the Jedi after the demise of Emperor Palpatine and his apprentice, Darth Vader.

Or do they? A new rumor has begun to circle that suggests Episode VII will bring back a well-known bad guy in a very interesting way.

Be aware. If this is true, it should be considered a major spoiler.

The rumor comes to us from Latino Review. They’re reporting that Tuesday’s rumor, of actor Ian McDiarmid coming back for Star Wars Episode VII, is true but that he won’t come back as a clone. He’ll come back as Force ghost just as Yoda, Obi-Wan Kenobi and Anakin Skywalker are seen at the end of Return of the Jedi.

Their story continues by saying not only does the Emperor return as a ghost, but that before his demise, he was training another apprentice. An apprentice who, one would assume, had been laying in wait to reveal himself to the Jedi.

I can sort of buy all of this. Why couldn’t the Emperor use the Force the same way? Why wouldn’t the Emperor train someone else, whilst Vader is busy trying to court his son and betray him? I just don’t know if I like it. Why do you folks think?