TRAVELLING TO MARS would GODDAMN KILL US with RADIATION right now. 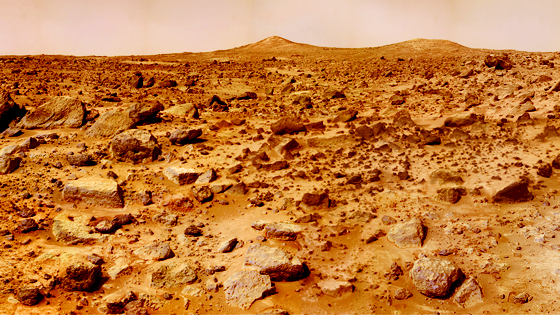 Jesus Christ, ain’t this a downer. With current technology, the amount of radiation our asses would absorb on the way to Mars would prove pretty fucking terminal. Don’t let that shit get you down though! Just another hurdle to cross.

According to a new NASA study, Martian-bound astronauts would be bombarded with as much cosmic radiation as they’d get from a full-body CT scan about once a week for a year.

This means that a round-trip voyage to the Red Planet would blast astronauts with two-thirds of allowable lifetime exposure. What’s worse, NASA’s study did not take into account the time that would be spent on the Martian surface — added time that would undoubtedly result in levels reaching a full lifetime’s worth of acceptable radiation exposure.

This assumes, of course, that special measures would not be taken to protect the travelers, such as radiation shielding and special suits — technologies that don’t quite exist. At least not yet.

The space agency came to this conclusion after reviewing measurements made aboard one of Curiosity’s instruments during its 253 day journey to Mars. The results were published on Thursday in the journal Science.

Missions to the Red Planet would take several years to complete and, during that time, astronauts would face health risks from two main types of radiation: cosmic rays and energetic particles from the sun, associated with solar flares and coronal mass ejections. Both types of radiation can damage DNA and increase the risk of an astronaut developing cancer.

On missions in low-Earth orbit, which include all shuttle flights and stays on the International Space Station, astronauts are largely protected from the most harmful effects of the radiation thanks to the Earth’s magnetic field, which creates a bubble around the planet that deflects much of the radiation. In interplanetary space, however, astronauts will not have this protection.

Nasa’s guidelines say that astronauts should not be exposed to more than 1,000 millisieverts (mSv) of radiation in a lifetime, which is associated with a 5% increase in risk of developing a fatal cancer. According to the latest study, based on data from MSL’s Radiation Assessment Detector (RAD), astronauts on a 360-day round trip to Mars would get a dose of 662mSv on their journey.