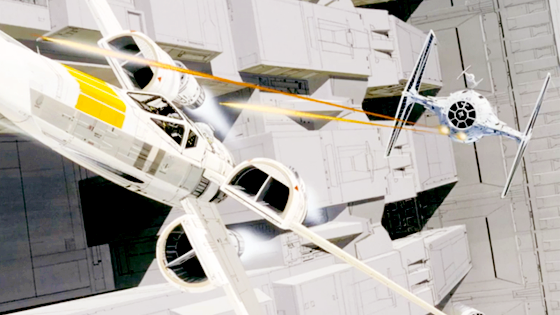 I feel you if you’re worrying (you being the three or four people who actually are present) that this site has devolved into a Star Wars wankfest as of late. However, my retort? I don’t know what to tell you. The Force sculpted my nerd-spine. So when news drops thata new animated series being helmed by legitimate talent is coming down the pipeline, I have almost no choice but to stick my Chewbacca Fleshlight onto my sad Sarlacc and go to work.

Star Wars Rebels, the successor to Star Wars: The Clone Wars, will launch in fall 2014, ahead of the of the new big-screen trilogy. It will debut with a one-hour special on the Disney Channel before becoming as a full-fledged television series on Disney XD.

The series is set between the events of Stars Wars: Episode III — Revenge of the Sith and Star Wars: Episode IV — A New Hope, “an era spanning almost two decades never -before explored on-screen. Star Wars Rebels takes place in a time where the Empire is securing its grip on the galaxy and hunting down the last of the Jedi Knights as a fledgling rebellion against the Empire is taking shape. Details about the show are a closely guarded secret at this point.”

“I couldn’t be more excited to explore new corners of the Star Wars universe,” Lucasfilm President Kathleen Kennedy said in a statement. “I think Star Wars Rebels will capture the look, feel and fun that both kids and their parents love about Star Wars.”