THE ROCK starring in HBO SERIES produced by Marky Mark. SO MUCH F**KING BRO. 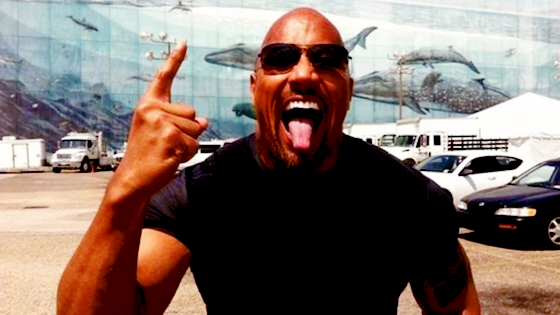 There is so much goddamn bro going on in this post. The Rock starring in a fucking television show that is being produced by Marky Mark. So many protein shakes. So many reps on the bench.

Dwayne Johnson is – to put it mildly – an extremely busy man. Still occasionally appearing as WWE personality The Rock, Johnson has appeared in several films this year (Snitch, G.I. Joe: Retaliation, Pain & Gain) and will soon add another in Fast and Furious 6.

This is to say nothing of his planned slate of roles, which includes the already-in-motion Fast & Furious 7, Hercules, and Journey 3: From the Earth to the Moon. As if the man didn’t have enough on his plate, Johnson now appears set to headline an upcoming television series to be broadcast on HBO.

The Hollywood Reporter shares the scoop that Dwayne Johnson has signed on to star in an HBO series produced by fellow Pain & Gain vet Mark Wahlberg. The as-of-yet unnamed show will also be produced by Stephen Levinson (Boardwalk Empire), Dany Garcia (Snitch), and Peter Berg (Battleship). Berg is also set to direct the pilot episode of the series, which he intends to begin filming in the fall of 2013.

While it lacks a name or a clear plot outline, the series will supposedly be a dramedy that follows a group of retired athletes living in Miami. Given the shared pedigree of producers Wahlberg and Levinson, it is likely that the project will be similar in tone to their previous television collaboration, Entourage.