Source: MICROSOFT SIX MONTHS behind where they want to be with NEXT XBOX. Duruhroh! 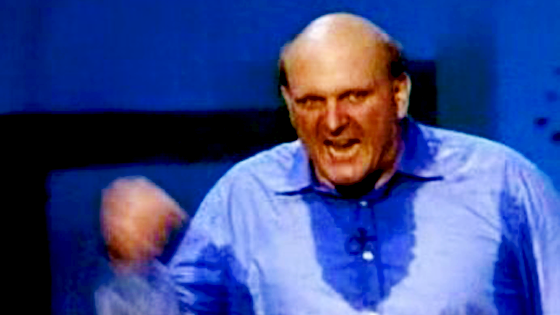 Some people around these parts are going to lube themselves with this news and just start straight-up punishing their pink bits. (Yes Neo, I’m looking at you.) Word has come out that Microsoft isn’t nearly where they want to be in the development of the Durascal 720-Kinect 2 Leviathan, to the tune of six months.

Hit the jump for the cuts, then let me know what you think.

This is what I had written, emphasis added for your scanning convenience:

We’ve heard from other sources that Microsoft is not where they want to be at this point in the pre-launch development of Durango. A reliable source—one who was not part of our reporting about the Respawn game—tells us that Microsoft is as much as six months behind in producing content for the new console, despite an expected late-2013 launch. Another tells us that Microsoft recently cancelled several internal next-gen projects because they were not coming together as hoped. These sources have told us that, comparatively, Sony is in better shape and further along with hardware and software development for PlayStation 4.

We’d also heard from an industry insider that Microsoft was aggressively trying to sign exclusive games for Durango. Given the lack of internal development at Microsoft—their internal studios, while talented, are outnumbered by those of Sony and Nintendo—and given some of the apparent recent stumbles and slowdowns internally, signing an exclusive Respawn-EA game would suit the Durango quite well.

The impression my Kotaku colleagues and I have long had was that the next consoles from Microsoft and Sony are going down roughly parallel paths and have both been in the works for a while. We’ve been hearing specifics—not just vague plans but details shared between Microsoft and outsiders—about this new Xbox system since early 2012. We broke news of the codenames for the next Xbox (Durango) and PlayStation (Orbis) in February and March of that year, respectively. While the latter name actually appeared online the December before, the impression we’ve long had is that Durango and Orbis were aiming for the same part of the calendar. Microsoft and Sony both want you to be able to buy a new console as soon as this Christmas.

Over the past year, I’ve heard from industry sources who’ve been variously impressed with Sony and Microsoft’s plans, though, of late, Sony gets the better buzz and Microsoft is deemed as somewhat scattered. Frankly, I’d be surprised if Sony wasn’t scattered in its own way but, yes, lately, Microsoft is generating a little more head-shaking among my and my colleagues’ industry sources. You can see some of that articulated in the chunk I lifted from my Monday article about Respawn.

On May 21, Microsoft will at least probably catch up to Sony in terms of publicly, officially-disclosed information. They may, by then, have a clear message that they can express about everything from online requirements to Xbox Live’s new systems to the presence or lack of backwards compatibility for older games. Right now you can safely assume that things are a little confused and stressful on the Durango project. This doesn’t mean Durango will suck. It doesn’t mean PS4 will automatically be better. But it may affect what we’re told by Microsoft, what kind of games will show up on launch day and whether the next-gen of gaming will be something you’ll want to get involved with this year.

As we know more, we’ll let you know. Please remember, console launches tend to be more hype than happiness. It’s reasonable to keep your long-term expectations for the next Xbox or any other console high, if you’d like, but in a new-console year, you’d best set your short-term expectations low.