Archives
« MARS ONE beginning to recruit for ONE-WAY TRIP in July.
Dave Perillo strikes awesome with this ‘EMPIRE STRIKES BACK’ poster. I know, -1 for the pun. » 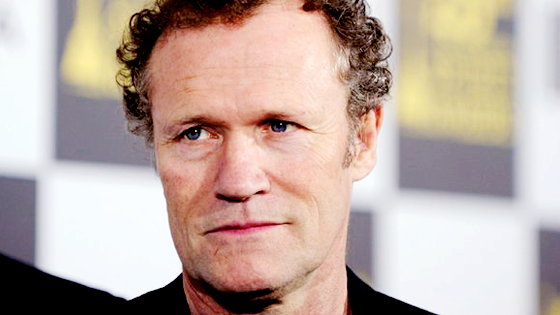 I’m beginning to get interested about this Guardians of the Galaxy flick. Rendar keeps telling me it is going to be Marvel’s first great flop, and it might be. Yet even if it falls down on its wildly esoteric face, between the director and the absurd collection of characters populating the cast, I’m intrigued. The latest duder to become a guardian is that white trash guy from AMC’s Arguing around Zombies.

“The Walking Dead” alum Michael Rooker has joined director James Gunn’s film adaptation of Marvel Comics’ “Guardians of the Galaxy,” although not in the role some had initially hoped.

According to Deadline, he’ll play Yondu, the game hunter from Centauri IV who co-founded Marvel’s original version of the Guardians of the Galaxy. Created by Arnold Drake and Gene Colan, the character was introduced in 1969’s “Marvel Super-Heroes” #18.

Rooker, who previously worked with director James Gunn on “Slither” and “Super,” joins “Parks and Recreation” actor Chris Pratt as Star-Lord and former WWE wrestler Dave Bautista as Drax the Destroyer. It was reported earlier this month that “Star Trek Into Darkness” star Zoe Saldana is in talks to play Gamora.

Rooker, who portrayed racist meth addict Merle Dixon on “The Walking Dead,” teased in October that he’d be interested in portraying fan-favorite character Rocket Raccoon in the space adventure. “I’m really crazy busy with ‘The Walking Dead’ right now,” he said at the time. “But you know what? Write this up. Tweet the fuck out of it. If the fans want me as Rocket Raccoon, Marvel will listen to you guys, I think, sometimes. … Perhaps I will be lucky and blessed enough to go in there, and go at it with Mr. Gunn again, who knows?”

He later reiterated to Comic Book Resources that he would love a role in “Guardians.” “Of course I would, are you serious? God, I’d love to,” he said. “You know what, I’ve already done two projects with James Gunn and it’s an awesome project, so who would not want to be a part of that?”